With time running out, Democrat Booker to make all-out push for debate stage 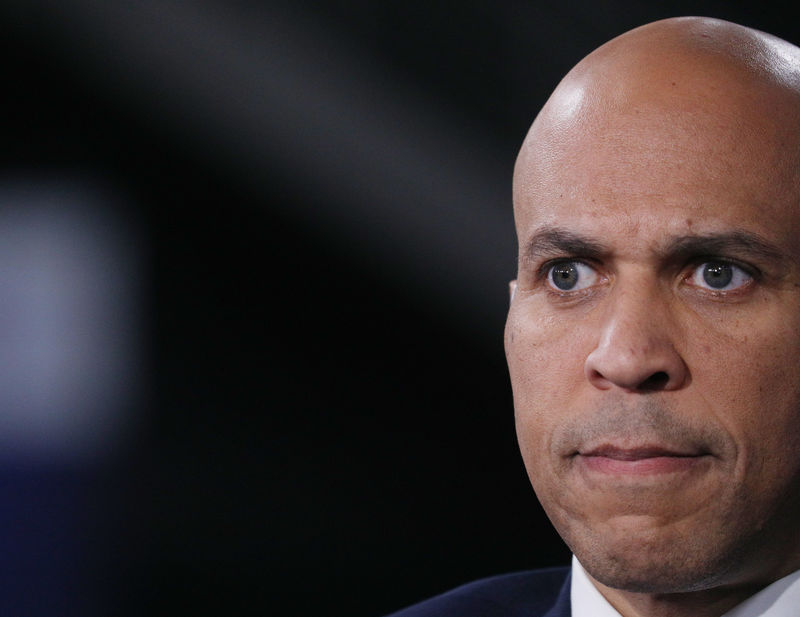 NEW YORK (Reuters) - Democratic presidential hopeful Cory Booker's campaign will mount an all-out effort to boost his anemic poll numbers in a attempt to qualify for the December debate, his campaign manager said in a memo to the U.S. senator's supporters on Tuesday.

"We are reorienting our entire campaign apparatus into a persuasion effort to... reach the voters we need to meet the polling threshold," Addisu Demissie wrote.

Thus far, only six contenders out of the field of 18 candidates have qualified, after 10 did so for last week's debate in Atlanta.

Making the debate stage will be a tall order for Booker, who has not hit 4% in a qualifying poll in months, even as he has earned praise for impressive debate performances and eloquent speeches.

His campaign, which has started selling "Underdog" sweatshirts, has argued that plenty of voters are still open to persuasion, citing polls that show many Democrats have yet to commit wholeheartedly to any candidate.

"Voters continue to tell us - and public and private polling data confirms - that the race is wide open for a candidate to make a surge in the final months before voting begins," Demissie wrote.

The new emphasis includes the campaign's first paid radio and digital advertising. The campaign also said it would reorient its early state organizing operation to focus on targeting voters for persuasion.

Booker has long been viewed as potential presidential material, starting more than a decade ago when he was mayor of Newark, New Jersey.

In part, he has been a victim of the sheer size of the field, with top candidates like U.S. Senator Elizabeth Warren and former Vice President Joe Biden garnering the media's attention.

Some Democrats have also wondered whether Booker's message of empathy and love is the right approach for taking on the pugnacious President Donald Trump.

"I'm genuinely not sure," Kris Schultz, a liberal New Hampshire lawmaker, said last month when asked why Booker has not done better. She noted that his speech at the state Democratic convention left many in the audience tearing up.

"I'm certain of this: he's a lot of folks' second choice," added Schultz, who has since endorsed Warren.

Booker raised more than $1 million in the days following last week's debate, which Demissie said showed his support is rising.