What ECB Watchers Are Eyeing in Lagarde's First Policy Speech 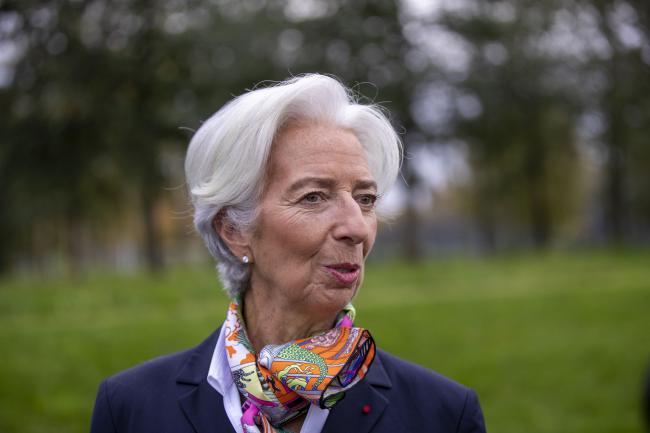 European Central Bank watchers who monitor its every signal to gauge the future of interest rates would quite like new President Christine Lagarde to give them some clues when she breaks her silence this week.

Three weeks into the role, the Frenchwoman has yet to make a speech on monetary policy. That’s allowed murmurings of unease over the impact of negative interest rates and quantitative easing, emanating from some colleagues as well as from politicians and bankers, to fill the vacuum.

Traders in euro area money markets have pared back expectations for further stimulus, and the chance of another 10 basis-point cut by October has fallen to 40% from around 60% when Lagarde took over. While that has largely been a function of cooling trade tensions, investors want to know how the ECB would respond should the economic outlook weaken again.

“We don’t really know what’s happening behind the scenes,” said Jan von Gerich, chief strategist at Nordea in Helsinki, who recently put back his forecast for more easing from December to March. “Lagarde has not made her monetary policy views and strategic plans clear yet, so the time to try to influence the future course of the ECB is now.”

In her first speech as president earlier this month in Berlin, she told the audience to leave the room if they were looking for views on monetary policy.

Lagarde could start to lift the fog on Friday when she addresses a banking conference in Frankfurt. Otherwise, the next scheduled occasion is Dec. 12, when she will hold a press conference after her first Governing Council meeting and will unveil new economic forecasts, including the first predictions for 2022.

Meanwhile, members of her Governing Council who opposed elements of the stimulus launched by Lagarde’s predecessor, Mario Draghi, in his final weeks have been open about their concerns that there’s little room left for rate cuts.

In Frankfurt last week, France’s Francois Villeroy de Galhau suggested interest rates are unlikely to fall much further. His Dutch colleague Klaas Knot argued the ECB should be more cautious with unconventional tools. Estonian Governor Madis Muller, who opposed September decision to restart QE, said over the weekend that keeping rates where they are makes sense, but added there was a question of how low they could go before losing effectiveness.

JPMorgan (NYSE:JPM) economist Greg Fuzesi has scrapped his call for a rate cut in December and currently predicts no further change, citing the inability to read how policy makers are thinking under their new leadership.

“Even to this day, policy makers have not made any clear forward-looking statements as opposed to trying to digest the September package,” he said in a report last week. “The arrival of Christine Lagarde seems to have slowed this down further.”

Lagarde has good reason to move cautiously. Recent economic reports show the euro area’s downturn seems to be bottoming out and Germany, the largest economy, skirted recession. The ECB’s latest package, however contentious it may have been, could keep providing sufficient stimulus for months to come.

The new president’s initial focus seems to be containing acrimony from that decision. That included the unusual step of taking her Governing Council colleagues on a retreat to a luxury hotel outside Frankfurt to discuss how they’ll work together.

Still, even proponents of the ECB’s policy stance are showing a heightened awareness of the risks it brings. Vice-President Luis de Guindos has grown vocal about potential side effects, telling an audience of business people in Bilbao this month that the negative impact on financial stability is increasingly evident.

That apparent wariness worries ABN Amro economist Nick Kounis. Like von Gerich at Nordea, he too recently pushed back his forecast for a rate cut to March from December, and described the policy message coming from the Governing Council as mixed and lacking clarity.

“Are you trying to convince investors that you’re the kind of institution which can take powerful actions and meet your objectives, or are you actually telling them that you’re out of bullets?” Kounis said. “There is really no in-between.”