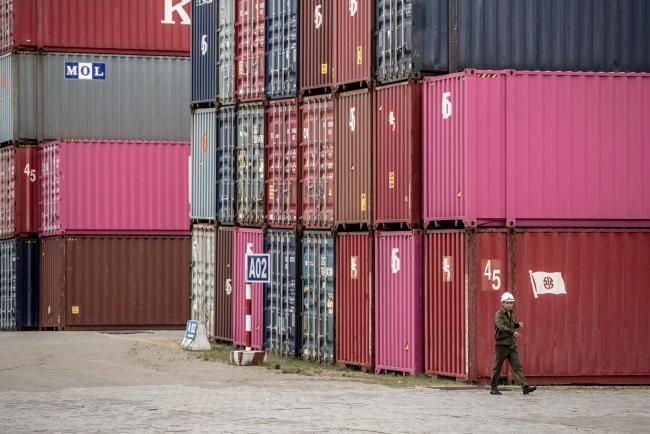 Vietnam is intensifying efforts to crack down on Chinese exporters trying to route products through the Southeast Asian nation to bypass higher U.S. tariffs, a customs official said.

Vietnam has become one of the top destinations for suppliers looking to avoid U.S. duties on Chinese products amid the trade war, making the country vulnerable to goods fraudulently labeled as “Made in Vietnam,” Au Anh Tuan, head of customs control and supervision in the General Department of Vietnam Customs, said in an interview in Hanoi.

“We’ve seen trade-fraud activities increase strongly since the trade war started,” he said. “We’ve increased cooperation with U.S. authorities to fight against that. We’re taking drastic steps, including compiling a list of 25 items to watch.”

“They really need to step up their game in this area,” said Nestor Scherbey, a licensed U.S. customs broker and consultant based in Ho Chi Minh City. “If they don’t pay attention to the country of origin of the goods being exported, they’re going to have trouble.”

In May, the U.S. Treasury Department added Vietnam to a watchlist of countries being monitored for possible currency manipulation. Asked in June if he wanted to impose tariffs on Vietnam, President Donald Trump described the country as “almost the single worst abuser of everybody.” Earlier this month, on a visit to Hanoi, Commerce Secretary Wilbur Ross urged Vietnam to reduce its trade surplus with the U.S.

The U.S. is Vietnam’s largest export market. Capital Economics Ltd. estimates that if Trump imposed 25% tariffs on imports from Vietnam as he did with Chinese goods, it would shave more than 1 percentage-point off the country’s growth rate -- more than erasing the approximately 0.5 percentage-point gain Vietnam has seen this year as a beneficiary of the trade war.

Customs officials are focusing on “highly suspicious” sectors -- such as electronic components and wooden furniture -- that have seen annual exports surge by more than 15%, said Mai Xuan Thanh, deputy director general of the customs department. Hundreds of domestic and foreign companies are under “special scrutiny for suspect exports,” he said.

U.S. authorities have informed their Vietnamese counterparts about big increases of any items from Vietnam that concurrently saw big drops in Chinese shipments to the U.S., Tuan said. Through October, Vietnamese customs had uncovered about 14 significant cases this year of exports with fake labels.

Beginning Dec. 27, Vietnam will suspend transshipment and temporary imports of plywood products headed to the U.S., Industry and Trade Minister Tran Tuan Anh said earlier this month. The National Steering Committee for Anti-Smuggling and Trade Fraud ordered provinces along the country’s borders to step up inspections of goods being imported.

Vietnamese customs last month said it discovered and seized about $4.3 billion of Chinese aluminum falsely labeled “Made in Vietnam” that was meant to be shipped overseas, mostly to the U.S.

(Updates with number of export fraud cases in 10th paragraph.)