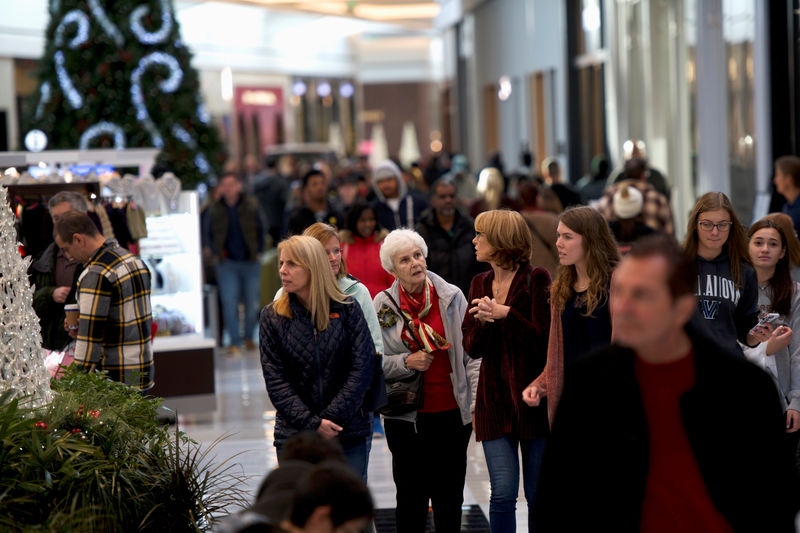 WASHINGTON (Reuters) - U.S. economic growth for the third quarter is likely to be revised higher after data on Tuesday showed stronger consumer spending than initially estimated, according to JPMorgan (NYSE:JPM).

It said the Commerce Department's quarterly services survey, or QSS, on Tuesday implied spending on legal services increased at a faster pace than the government had assumed in its advance estimate of gross domestic product published last month.

"Data from this survey signaled stronger consumption growth during the quarter than what was first reported by the BEA (Bureau of Economic Analysis)," said JPMorgan economist Daniel Silver. "We now look for third-quarter real consumption growth to be revised up to a 3.2% annualized rate."

The government estimated last month that consumer spending, which accounts for more than two-thirds of the economy, increased at a 2.9% rate in the third quarter. Before the QSS data, economists were already expecting that GDP growth for the July-September quarter would be bumped up to a 2.0% pace from a 1.9% rate following solid gains in manufacturing inventories and construction spending in September.

Based on the QSS data, JPMorgan estimated another three-tenths of a percentage point would be added to the third-quarter GDP estimate. That means third-quarter GDP could be raised to a 2.3% rate when the government publishes its first revision next week. That would be a pick-up in GDP growth from the 2.0% pace logged in the second quarter.

Consumer spending is supporting the economy as a 16-month trade war between the United States and China undermines business investment and manufacturing.