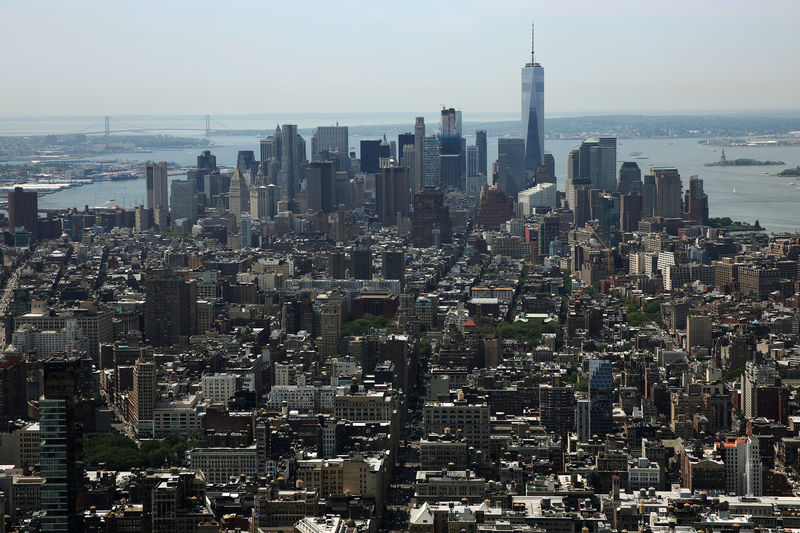 BENGALURU (Reuters) - The rise in U.S. home prices will continue to outpace consumer inflation until at least 2022, albeit at a slower pace than forecast three months ago, despite a majority of analysts polled by Reuters predicting an improvement in activity in the coming year.

While the possibility of a U.S.-China truce in their prolonged trade dispute has pushed U.S. stocks into record territory, that optimism is yet to translate into a better economic outlook, including in the laggard property market, a lynchpin to the world's largest economy.

Those predicted rises for the next two years were similar to findings in a February poll, taken before the Federal Reserve delivered three quarter-point interest rate cuts in succession to 1.50-1.75%.

"Just a little bit faster than inflation, but more in line with income growth....we're not expecting another big upswing in the housing market, nor do we expect pronounced weakness, just steady as she goes," said Sal Guatieri, senior economist at BMO.

After outrunning consumer inflation and wages for more than half a decade, growth in house prices has been on a steady decline for about a year and a half.

The latest S&P Case-Shiller Index, which measures house prices in 20 U.S. metropolitan cities, showed an annual 2.0% rise in July and August, the weakest pace in more than seven years.

A tight supply of homes, which has for years kept many buyers on the sidelines and played a major role in putting a lid on price rises, is not expected to improve any time soon.

Existing home sales, which make up for nearly 90% of all homes sold in the U.S., are forecast to average around the current annualized rate of five million units over the coming year, according to the Reuters poll.

"Demand for housing is going to be strong, but it's still going to be a supply issue. It's going to be quite a while before that really rectifies...we are probably two or three years out at least," said Scott Brown, chief economist at Raymond James.

However, nearly 60% of 32 analysts who answered an additional question predicted U.S. housing market activity would rebound over the coming 12 months.

A major relief to home buyers came this year from falling mortgage rates as the Fed cut the federal funds rate. The 30-year fixed mortgage rate hit a near nine-year high of over 5.0% last November but has since dropped to around 4.0%.

While a slim majority of analysts - 17 of 32 - who answered an additional question said further interest rate cuts would go a long way in stimulating U.S. housing market activity and prices significantly, over 45% disagreed.

"Much as the fall in mortgage rates over 2019 did nothing to boost mortgage applications for home purchases, we doubt any further fall in interest rates will raise existing home sales significantly," said Matthew Pointon, property economist at Capital Economics.

The U.S. housing market continues to struggle from a dearth of properties for sale but may get some benefit from increased construction of single-family homes.

A strong majority of analysts, 25 of 31, said the pick-up in construction of single-family homes - which has risen for four months straight - was likely to continue in the coming year.

"We expect further, but modest gains, in single-family housing starts. Builder sentiment is upbeat, but they continue to face supply-side constraints, including shortages of lots and labor. Builders have gotten some relief on the cost of building materials, particularly for lumber," said Gregory Daco, chief U.S. economist at Oxford Economics.