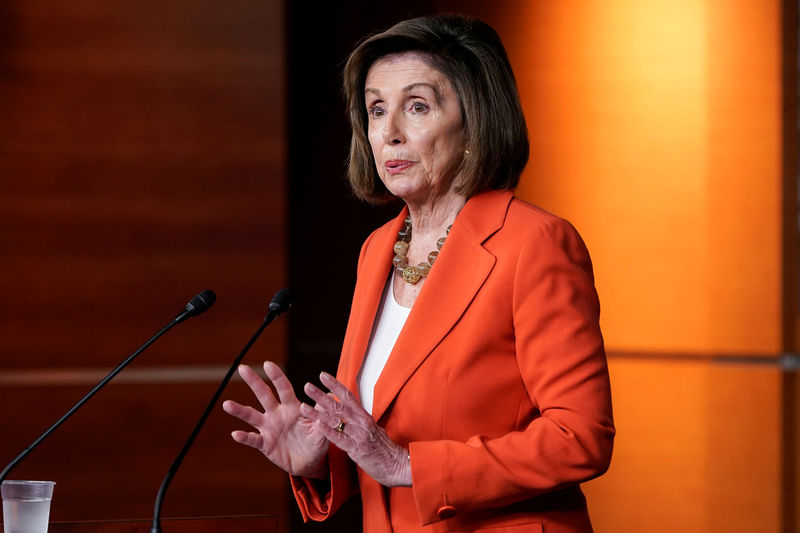 WASHINGTON (Reuters) - U.S. House of Representatives Speaker Nancy Pelosi said on Tuesday an agreement with the Trump administration on the U.S.-Mexico-Canada trade deal can be reached if it is enforceable.

"We can reach an agreement on USMCA when the Trade Representative makes the new NAFTA agreement enforceable for America’s workers," Pelosi said in a joint statement with House Ways and Means Committee Chairman Richard Neal after meeting with AFL-CIO President Richard Trumka, who has been critical of the accord.

The White House has dismissed House Democrats' efforts to shore up enforcement of the trade agreement's labor and environmental provisions, which are key union concerns, as purely political.