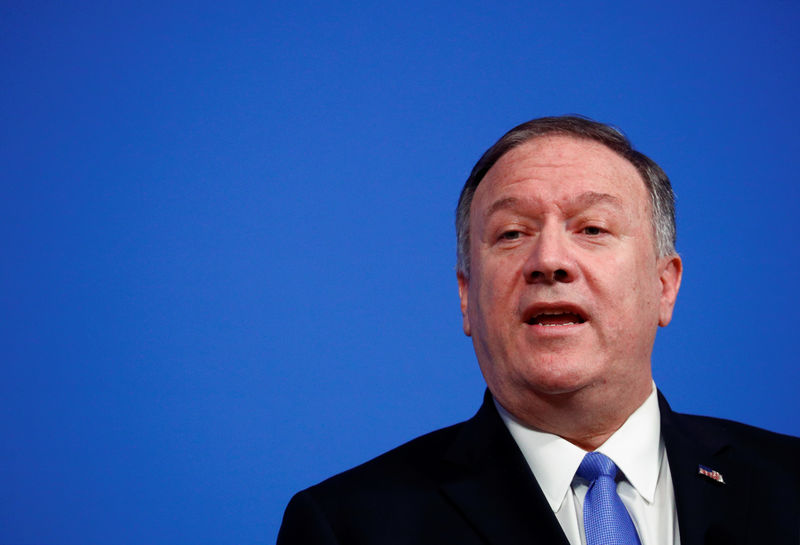 WASHINGTON (Reuters) - The Trump administration on Tuesday blacklisted a Cuban company it accused of helping a Cuban state-run oil firm evade Venezuela-related sanctions, the latest in a series of actions targeting Havana for its support of Venezuelan President Nicolas Maduro.

Sanctions were imposed on Corporacion Panamericana SA for acting on behalf of oil import and export company Cubametales, which was blacklisted in July as part of Washington's Venezuela pressure campaign, according to a statement from the U.S. Treasury Department.

Washington has slapped sanctions on Cuban companies doing business with OPEC member Venezuela as part of its effort to force out Maduro, a socialist who has overseen an economic collapse and stands accused by the United States of corruption and human rights violations.

The United States and more than 50 other countries have recognized Venezuelan opposition leader Juan Guaido as the legitimate president. Guaido invoked the constitution to assume a rival presidency in January, arguing Maduro's 2018 re-election was a sham. But Maduro retains the support of the military, runs the government's day-to-day operations and is backed by Russia, China and Cuba.

According to the Treasury Department, Corporacion Panamericana replaced Cubametales in energy deals and international commercial dealings as well as onboarded several employees from the targeted company to help the firm evade sanctions.

The sanctions freeze any U.S. assets held by Corporacion Panamericana and prohibit Americans from doing business with it.

"Cuba has played a direct role in preventing the return of democracy to Venezuela," Treasury Deputy Secretary Justin Muzinich said in a statement. "Treasury continues to pursue sanctions evaders to deny resources to the illegitimate Venezuelan regime."