Ukraine officials knew about hold on aid earlier than reported 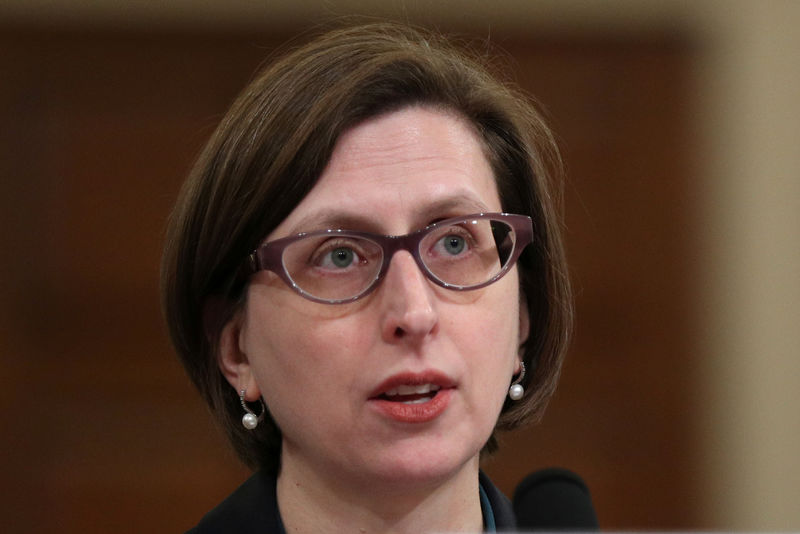 Deputy Assistant Secretary of Defense Laura Cooper testified at a hearing in the impeachment inquiry into Trump that has largely focused on the decision to withhold nearly $400 million in security aid.

She said Ukrainian officials had known in July about the holdup in the security aid, which was new information she had not had when she was interviewed behind closed doors on Oct. 23.

Cooper said her staff received an email on July 25 from the State Department saying that Ukraine's embassy and the U.S. House of Representatives Foreign Affairs Committee were asking about security assistance.

"On July 25 a member of my staff got a question from a Ukrainian Embassy contact asking what was going on with U.S. security assistance," Cooper told the House Intelligence Committee at the impeachment hearing.

July 25 was the day of a telephone call between Trump and Ukrainian President Volodymyr Zelenskiy in which the Republican U.S. president raised the issues of an investigation of Democratic former Vice President Joe Biden, alleged Ukrainian interference in the 2016 presidential election and the aid.

Cooper also said some of her staff had met with officials from the Ukrainian embassy during the week of Aug. 6 and that they had raised the issue of the aid.

Defending Trump in the inquiry, some Republicans have sought to minimize the impact of the White House decision to withhold the military aid by saying Ukraine was only aware of the hold for two weeks before the hold was lifted on Sept. 11.

In the Democratic-led impeachment inquiry, investigators are looking into whether Trump withheld the aid in order to pressure Ukraine to launch the investigations.

Trump - backed up by most congressional Republicans - denies wrongdoing.

Cooper also said she had never discussed a hold on security assistance for Ukraine with Trump and never heard from him directly on the matter.