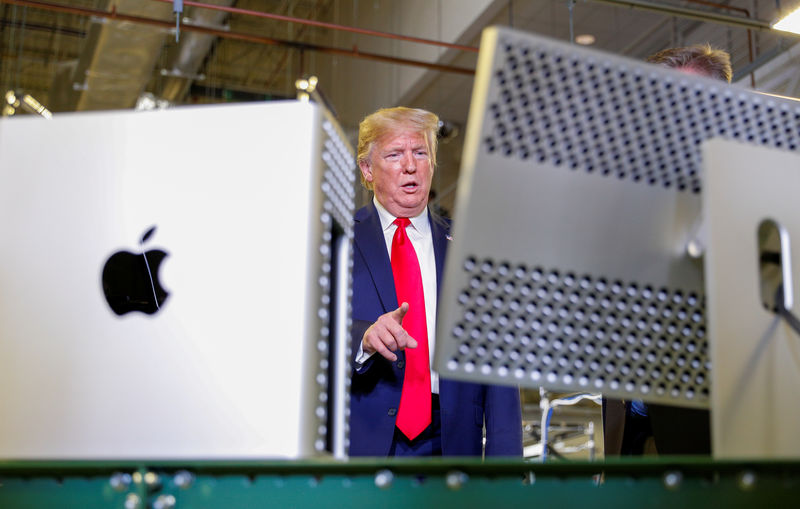 "We're looking at that," Trump said in answer to a reporter's question about the tariffs. He spoke after touring a plant in Austin with Apple Chief Executive Tim Cook that assembles Apple computers.