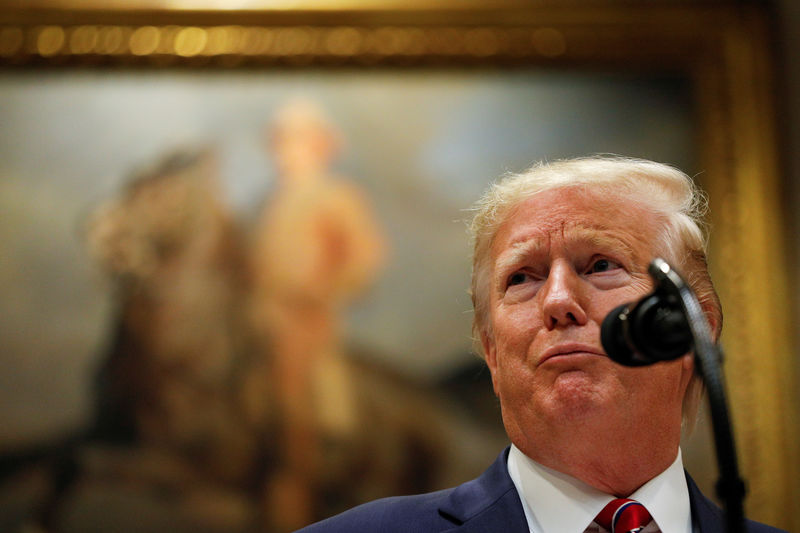 WASHINGTON (Reuters) - U.S. President Donald Trump on Tuesday said his medical examination over the weekend was very routine, blasting media coverage of his unexpected physical and any speculation that there were problems with his health.

"I was out of there very quickly," Trump told reporters at the White House at the start of a meeting with his Cabinet in his first public event since his Saturday physical, adding that it was "a very routine, physical."