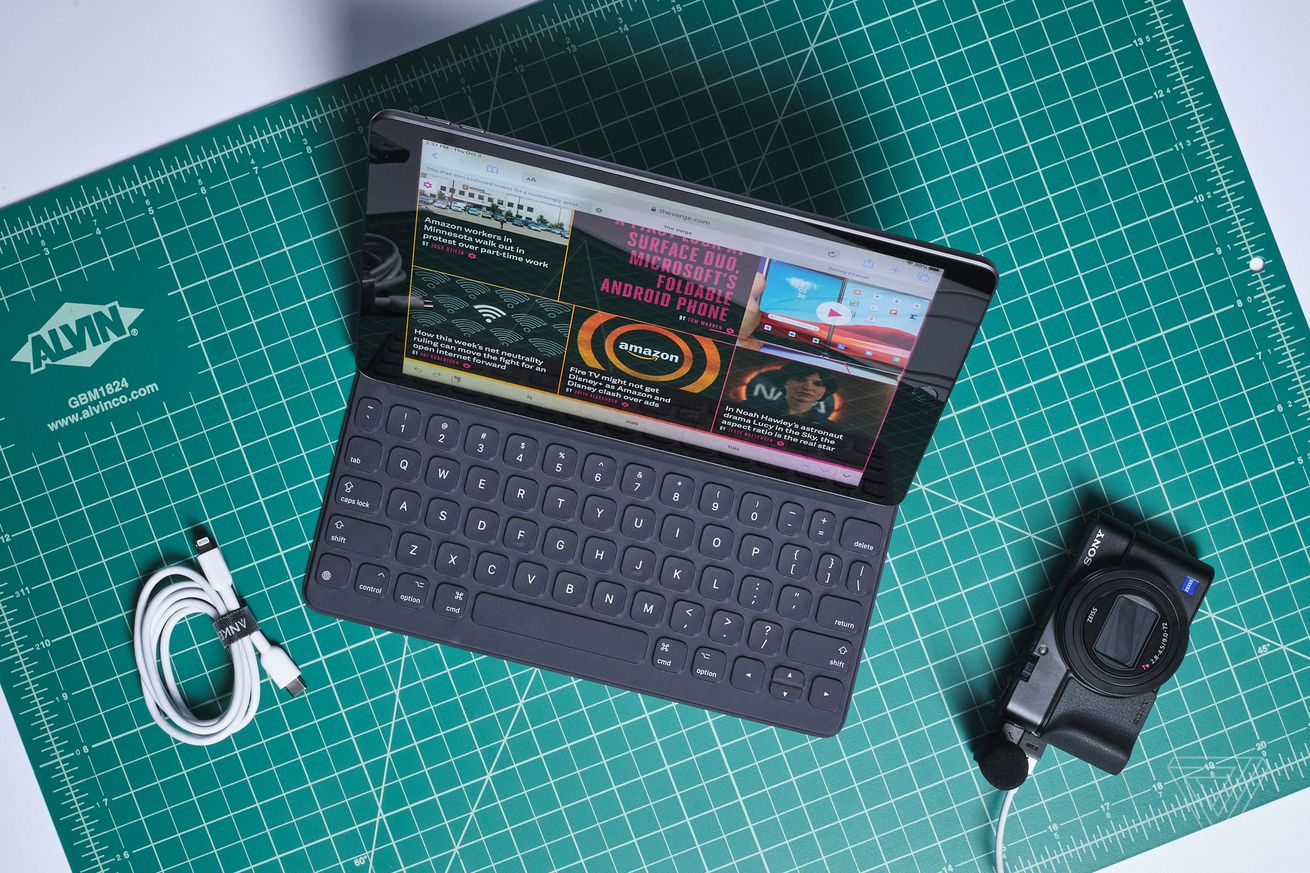 Target, like every other store, is jumping into the Black Friday shopping craze. Its doorbuster sale kicks off Thursday, November 28th, at 5PM local time. Stores will close at 1AM on Friday, then open again at 7AM to welcome shoppers to get in on all of the Black Friday deals.

Below, you’ll find the best of what Target will offer, including deals on 4K TVs, headphones, gaming consoles, smart speakers, and more. The most notable offer, so far at least, is an $80 discount on the seventh-generation iPad. Some other retailers are offering it, but it’s great to have more options. It’s also offering the best price we’ve seen on the Xbox One X, which includes a free gift card with the purchase. There are a bunch of other great deals to check out, too.

As far as when you’ll be able to get in on these deals, It says that its deals, including the ones below, will last until Saturday, November 30th. Some of these deals are already live, and will be until Wednesday night. If you notice a price increase, check back on Thanksgiving Day.

Apple’s seventh-generation iPad (10.2-inch display, pictured above) will be $249.99, which is a steep $80 discount from its usual $329.99 price. We’ve seen discounts on this model before, but none as big as this one. If you were looking for a new iPad that won’t cost you too much, keep an eye on this Black Friday deal.

Compared to the sixth-generation iPad, this newer model has a larger display (10.2 versus 9.7 inches) and a Smart Connector to connect with Apple’s Smart Keyboard. Otherwise, it uses the same A10 processor, so you won’t notice much, or any, discrepancies when it comes to performance. For more impressions on the newer iPad, check out this in-depth review from The Verge’s Dieter Bohn.

Another noteworthy Apple deal at Target will be on the Apple Watch Series 3 smartwatch. The 38mm-sized Watch with GPS capability is $169.99, down from its usual price by $30. This is the lowest price that we’ve seen on a new Apple Watch, and even though it’s a couple generations old at this point, it should suit you well if you just want notifications on your wrist and a wrist-based workout buddy.

The 4K HDR-enabled Roku Streaming Stick+ is $20 off at Target. This brings the price down to $29, which makes this one of the most affordable ways to get a streaming device that supports Apple TV Plus.

Nintendo Switch consoles (excluding the Switch Lite) will include a free copy of Mario Kart 8 Deluxe with purchase. This bundle costs $299.99, so there’s no discount on the total, but a free game, especially one that’s this good, is a solid value if you are buying a Switch or gifting one. Just keep in mind that it’s the older launch version of the Switch, and that this deal will be available at several other retailers during Black Friday.

You’ll need some games to go with your new Switch, and Target will be offering a few of the console’s modern classics for $29.99, which is the cheapest price we’ve seen. The Legend of Zelda: Breath of the Wild, Super Mario Odyssey, and Mario Tennis Aces are up for grabs at $30 off ($29.99), though Target mentions that stock will be limited.

The Sony PlayStation 4 Slim console (with 1TB of storage) will be $199.99, and it includes three games with purchase: The Last of Us Remastered, God of War, and Horizon: Zero Dawn.

Microsoft’s Xbox One X console will be cheaper than ever on Black Friday. Normally $499.99, the console alone now costs $349.99 at Target, but during Black Friday sales, it will cost the same price, but it will come bundled with a $40 gift card and Gears 5.

Google’s new Nest Mini smart speaker is $29. This is a $20 price drop from its regular price, and it’s well worth the cost if you use Google services and want a speaker that can be mounted to your wall out of the box.

The Google Nest Hub smart display is $79, which is $50 off of its usual price. It’s been pretty easy to find this product going at this rate, or less, but if you’re in a pinch on Black Friday, this is an excellent deal if you’re looking for a display that excels as a digital picture frame sans camera.

The latest generation of Amazon’s Kindle Paperwhite e-reader is $84.99. It’s usually $129.99. At this pricing, we expect it to be for the model that comes with special offers (i.e., Amazon ads on the lock screen). Still, this beats the best price that we’ve seen by a handful of dollars.

Amazon’s new, third-generation Echo is $40 off on Black Friday at Target, down to $59.99. This is a doorbuster sale, so stock at this price may be limited.

Also, the new Amazon Fire HD 10 tablet that charges via USB-C is currently $50 off, bringing the price down to $99.99. Amazon will also offer this deal, as well as the other Amazon-related offers above, but this is a good option if you’re shopping around at other retailers, like Target.

GoPro’s Hero 8 Black camera bundle that includes a head strap, spare battery, and a 32GB microSD card is $349.99, a $100 discount for this kit, and $50 cheaper than the camera usually costs on its own.