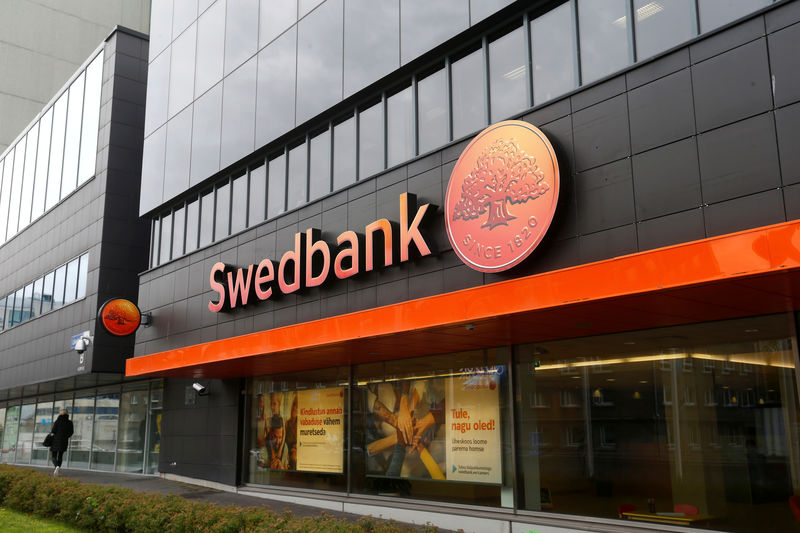 © Reuters. FILE PHOTO: A view of the Swedbank in Tallinn

By Colm Fulton and Johan Ahlander

STOCKHOLM (Reuters) - Swedbank (ST:SWEDa) pledged on Wednesday to conclude an internal probe into alleged money laundering at the Swedish lender by early next year, and said it was unaware of any breaches of U.S. sanctions after a broadcaster alleged such a lapse.

"If there has been unethical behavior ... we should of course get the bottom of it," Swedbank CEO Jens Henriksson said in a statement.

"The internal investigation is expected to be concluded in early 2020," he said, adding "conclusions from the investigation will be communicated".

Henriksson make the statement after Sweden's public service broadcaster (SVT) reported on Wednesday, in a program aired on its website, that Swedbank may have violated U.S. sanctions against Russia, citing an unidentified Wall Street source.

Swedbank, whose shares were down 3% at 0830 GMT, lagging peers, said it was not aware of such a violation.

In its report, SVT alleged Swedbank transferred more than 1 million euros ($1.1 million) from Russian arms firm Kalashnikov Group to a U.S. subsidiary through the business network of a Russian oligarch who is a shareholder in Kalashnikov.

Speaking to SVT, Henriksson said: "I'm going to take this information and give it to our investigators and that we'll take a closer look at it." He declined to confirm the existence of such customers.

Kalashnikov's Russia-based parent company is on a U.S sanctions list after Russia's annexation of Crimea from Ukraine in 2014.

Kalashnikov's U.S-based subsidiary is permitted to sell arms it produces in the United States on condition it receives no financial transfers from its Russian parent, according to SVT.

A Kalashnikov spokeswoman declined to comment on the SVT report.