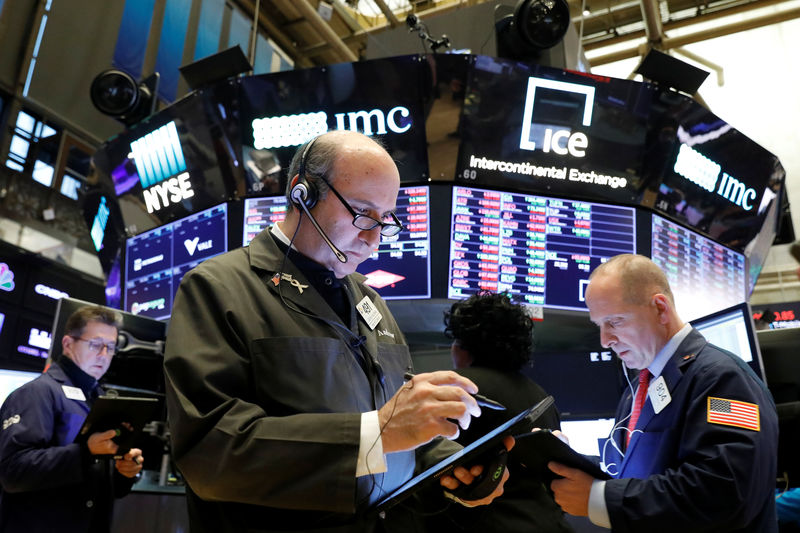 (Reuters) - U.S. stock index futures were slightly lower on Thursday, as mixed signals on trade and a row between Washington and Beijing over the Hong Kong protests fanned concerns about the timing of a deal to end their prolonged tariff dispute.

A report on Thursday said China had invited top U.S. trade negotiators for a new round of face-to-face talks in Beijing, soothing investor nerves after Reuters reported on Wednesday that the trade deal could slide into next year.

A U.S. bill in support of Hong Kong, which President Donald Trump is expected to sign into law, also dulled the mood as China vowed strong measures to safeguard its sovereignty and security.

Wall Street ended the previous session in the red after a record run in recent weeks on an upbeat earnings season and expectations of the trade agreement, which Trump had said last month could be signed by mid-November.

Semiconductor companies that have a sizeable revenue exposure to China fell premarket, with Intel Corp (O:INTC) logging the biggest drop among the few Dow Jones components active before the bell.

Apple Inc (O:AAPL), on the other hand, edged up 0.4%, as Trump said he was considering whether to exempt the iPhone maker from tariffs on imports from China.

The next round of tariffs are due on Dec. 15 on Chinese goods, including holiday gift items such as electronics and Christmas decorations.

With the third-quarter earnings season drawing to a close, focus is now shifting to M&A activity in corporate America.

Tiffany & Co (N:TIF) gained 3.8% as Reuters reported LVMH (PA:LVMH) persuaded the jewelry chain to allow it to access its books after the French luxury group raised its bid to about $16 billion.