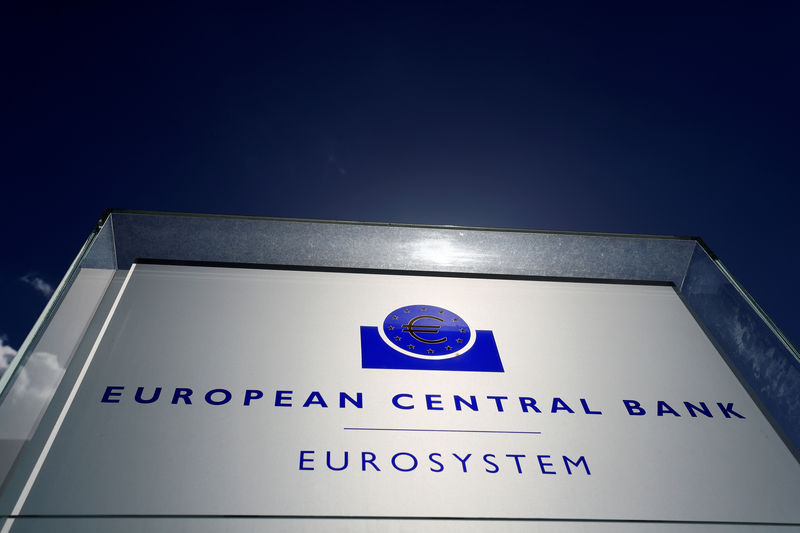 Overvalued residential real estate prices also require policy intervention while a cooldown in a previously red-hot commercial property market raises the prospect that investors will pull out, increasing the risk of a crash, the ECB added.

With ultra-low ECB rates weakening bank earnings, boosting borrowing and encouraging excessive risk-taking, euro zone financial vulnerabilities have been on the rise for years. Rates are likely to stay low well into the next decade, potentially fuelling further distortions.

The rapid growth in shadow banking - a wide array of financial institutions from insurers to investment funds - has been especially concerning for regulators as these entities face looser regulation and authorities lack the power to curb many of their activities.

"The ongoing search for yield across non-banks may exacerbate the build-up of vulnerabilities, not least by lowering financing costs for riskier borrowers," the ECB said. "Credit and liquidity risks appear to have increased over recent years."

Shadow banks are growing at the expense of traditional lenders, which are saddled with a heavy regulatory burden, the legacy of the global financial crisis that is still forcing many to accumulate capital.

"As for non-bank financial institutions, the macroprudential toolkit is still in its infancy and needs to be further developed," the ECB said. "Thus, pockets of vulnerability outside the traditional banking system cannot be effectively addressed by the macroprudential measures."

As for traditional lenders, profitability concerns remain prominent, the ECB said, noting that low rates would keep earnings under pressure.

Weak profits are a problem as banks still transmit the bulk of the ECB's policy to the real economy and their plight could weaken the effectiveness of the ECB's easy money policy.

The ECB also sounded a warning about rising property prices, arguing that rapid price rises along with buoyant mortgage lending growth and high household indebtedness were key vulnerabilities in a number of countries.

To cool this market, the ECB argued that more countries should implement countercyclical capital buffers for lenders. Such buffers could curb excessive lending during periods of boom but could be released quickly to shore up lenders during downturns.