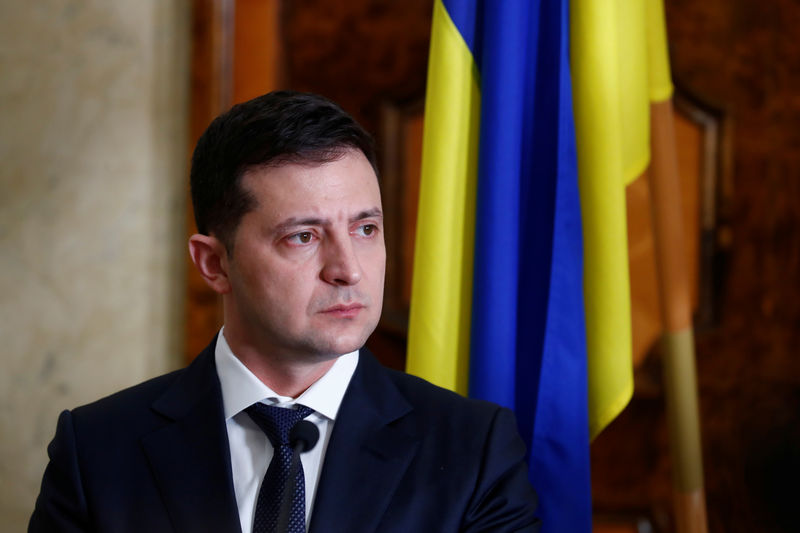 MOSCOW (Reuters) - Russian President Vladimir Putin and his Ukrainian counterpart Volodymyr Zelenskiy may discuss problems in negotiating a new natural gas deal when they meet other European leaders in Paris on Dec. 9, a Kremlin spokesman said on Friday.

The deal on Russian gas supplies to Ukraine and those transiting to Europe expires after Dec. 31. A new agreement has not been signed yet and talks are complicated by issues such as arbitration proceedings and Russia's annexation of Crimea.

Kremlin spokesman Dmitry Peskov also told reporters that Putin and Turkish leader Tayyip Erdogan would launch the TurkStream gas pipeline in early January once all the work on it has been completed on Turkish territory.

He added that Moscow hoped another undersea gas pipeline, Nord Stream 2, which will run from Russia to Germany via the Baltic Sea, would be finished on time.