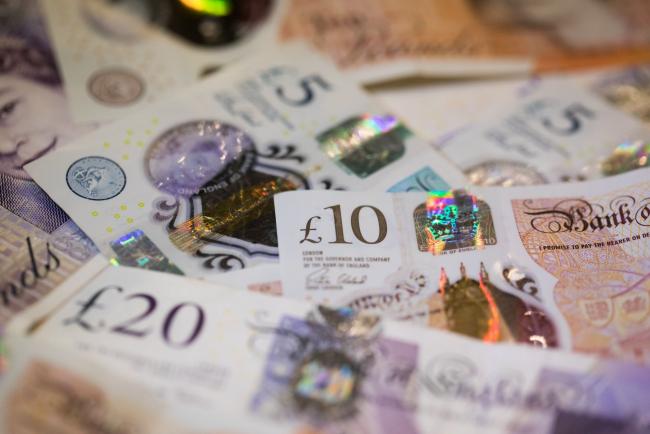 The pound headed for a fourth month of gains against the euro, reflecting growing confidence in the market that the Conservative Party will be able to secure a majority in the U.K.’s December election.

Sterling outperformed all major currencies after a much-anticipated poll released Wednesday evening suggested that Boris Johnson’s party is on track to win its biggest mandate since the 1980s. That is the best scenario for investors betting on the pound as it could end the political impasse over Brexit.

The Conservatives are on course to win a large majority of 68 seats in the Dec. 12 vote, according to the YouGov poll, which used a technique that more closely predicted the 2017 election than standard surveys. This would allow Johnson to get his Brexit deal through Parliament by Jan. 31 and avoid the political deadlock Britain has suffered since his predecessor Theresa May lost her majority in 2017.

“We expect the currency to remain supported given the credibility of the YouGov MRP poll and especially given the considerable lead that it gives to the Conservatives,” wrote Valentin Marinov, head of Group-of-10 currency strategy at Credit Agricole (PA:CAGR) SA, in a research note. “This could mean that, even taking into account the inevitable polling errors, the Tory party should be still able to gain a comfortable majority.”

The pound pared gains after touching a six-month against the euro, to trade at 85.11 pence by 9:00 a.m. in London. It is heading for monthly gains of 1.2%, in the longest winning streak against the common currency since 2015. Against the dollar, the pound gained 0.2% Thursday to $1.2943.

Sterling has been tracking opinion polls closely ahead of the election, and had slipped earlier in the week as surveys of voter intention suggested the Conservative lead was narrowing. Markets prefer the certainty offered by a majority government, according to a recent Bloomberg survey.

(Updates with latest pricing throughout.)