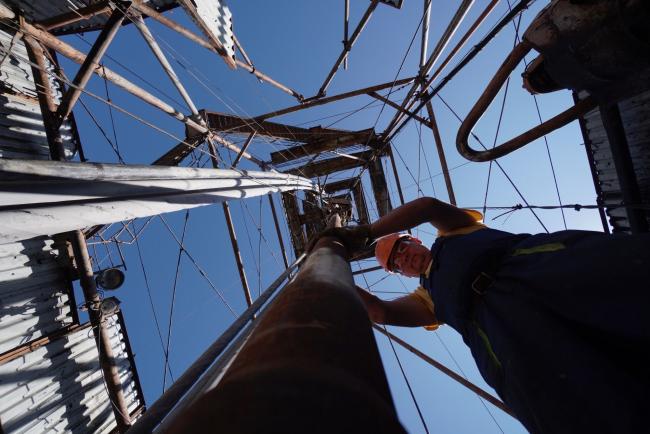 (Bloomberg) -- Any expectations that OPEC and its partners will make deeper cuts to oil production have all but evaporated.

Just one out of 35 analysts and traders in a global survey by Bloomberg predicted that the Organization of Petroleum Exporting Countries and its allies will agree a further reduction when they meet next week.

Most of them expect the 24-nation coalition -- which cut output by 1.2 million barrels a day this year to prevent a glut -- will decide to prolong their existing supply limits until the middle of 2020.

That’s a shift from the start of this month, when the group’s promises to do “whatever it takes” to balance markets inspired expectations of further action in a more sizable minority. Back then, nine out of 38 were anticipating a deeper cutback.

Much has changed in the meantime.

Saudi Arabia, which has been one of the driving forces in the coalition, hasn’t made an attempt to corral fellow members into taking more vigorous action. Riyadh remains frustrated that it has cut output more than twice as much as the kingdom pledged in this year’s agreement, while others such as Iraq and Nigeria have failed to comply with their commitments.

Russia, OPEC’s largest ally, has been failing to keep its side of the bargain for much of this year. The country pumped an average of 11.244 million barrels a day of crude and condensate from Nov. 1 to Nov. 26, according to government data seen by Bloomberg. That’s 54,000 barrels more than its OPEC+ cap and, assuming there won’t be a sharp cut in output in the remaining days of November, this will become the eighth month in 2019 of Russia’s non-compliance with the OPEC+ deal.

OPEC Secretary-General Mohammad Barkindo also signaled that the organization’s outlook for next year has changed. Even though the producer group still sees a surplus of about 650,000 barrels a day in the first half of 2020, Barkindo said that the economic backdrop is “brighter” and estimates shale supplies from the U.S. -- the cartel’s main rival -- may be lowered substantially.

The group and its allies, which pump about half the world’s oil, will meet at OPEC headquarters in Vienna from Dec. 5 to 6 to decide on policy going forward.

Twenty out of the 35 who responded to this week’s survey predicted that the curbs would be prolonged to June 2020, when the organization will likely meet again for a review. Eight predicted a longer extension, to either September or December.

The results were submitted anonymously. The sole respondent expecting a deeper cutback predicted a further reduction of 300,000 barrels a day, which would bring the collective OPEC+ oil output curbs to 1.5 million barrels a day.