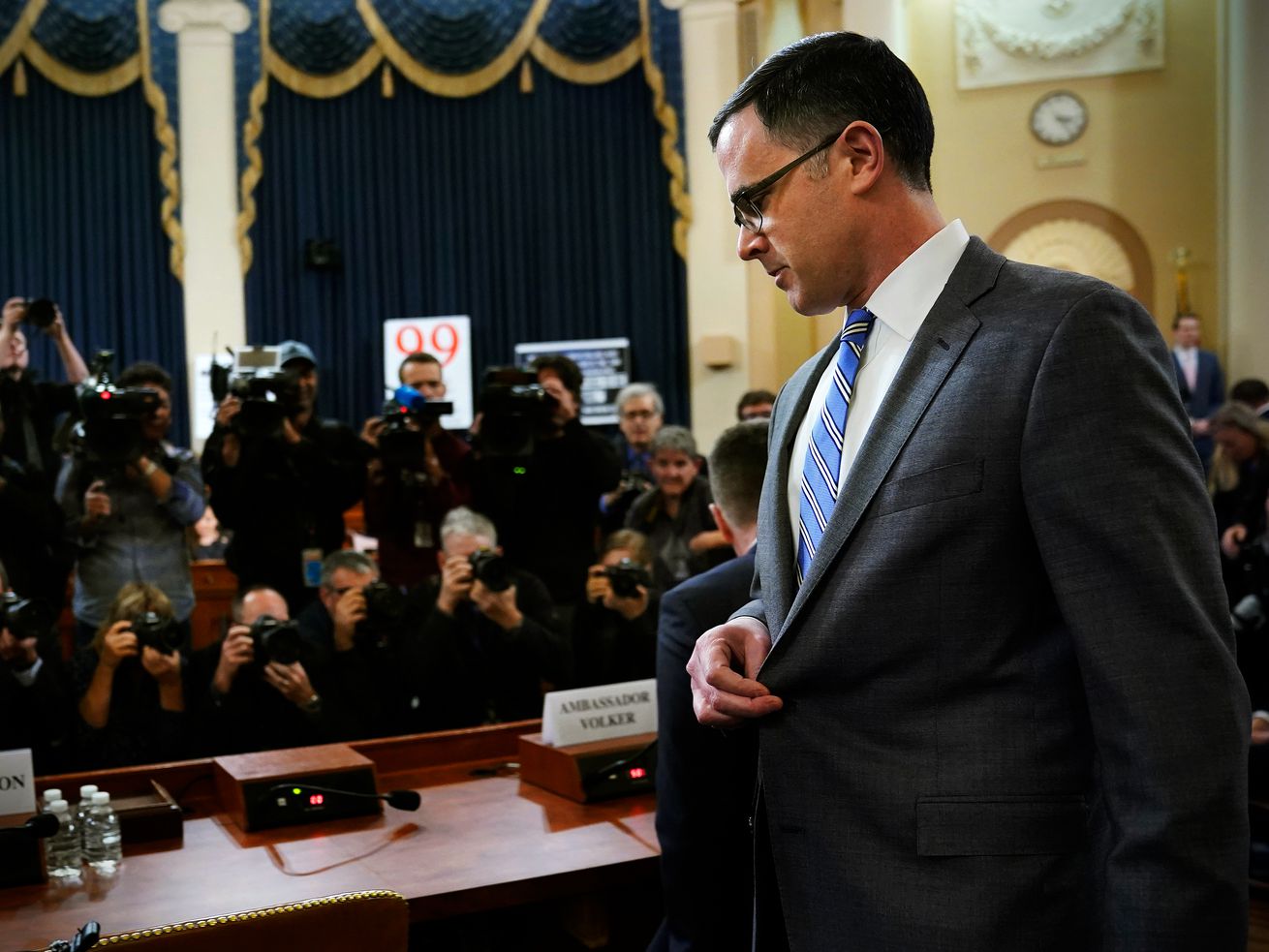 This may be the biggest moment in the impeachment hearings so far.

A former top White House official just outlined a quid pro more clearly than any other witness in the public impeachment hearings so far — and it’s devastating to Republicans’ defense of President Donald Trump.

Under questioning from Democrats, Tim Morrison, the former top National Security Council official for Russia and European affairs, was asked to recall a September 1 conversation between US Ambassador to the EU Gordon Sondland and Ukraine official Andriy Yermak. That discussion has become central to the question of whether US military assistance to Kyiv was conditioned upon Ukraine opening investigations into former Vice President Joe Biden’s family and other Democrats.

According to Morrison, it clearly was.

“What did Ambassador Sondland tell you that he told Mr. Yermak?” Democratic counsel Daniel Goldman asked Morrison. Morrison replied, “That the Ukrainians would have to have the prosecutor general make a statement with respect to the investigations as a condition of having the aid lifted.”

In other words, there was a quid pro quo. To get roughly $400 million in aid to help fend off a Russian invasion, Ukraine needed to assist Trump in his 2020 presidential ambitions by opening a probe into Burisma, a Ukrainian gas company on whose board Hunter Biden — Joe’s son — sat. Not only that, the government in Kyiv would have to announce the opening of the investigation.

This isn’t entirely new. Previous testimony by witnesses in closed-door depositions — including by Morrison himself — confirmed this general story. Those revelations led Sondland, who will testify on Wednesday in an open session, to revise his previous statements that there was no quid pro quo.

But it’s one thing to have this in closed-door testimony, and another for Morrison to say it on national TV. It’s a soundbite that confirms the entire thrust of what Democrats are after, and it’s very hurtful to the Republican case that the administration wasn’t trying to pressure Kyiv to help the president politically — even though Morrison says he doesn’t think the president did anything illegal.