Home Commodities Oil to be stuck in a rut in 2020 as slowing demand fuels glut: Reuters poll

Oil to be stuck in a rut in 2020 as slowing demand fuels glut: Reuters poll 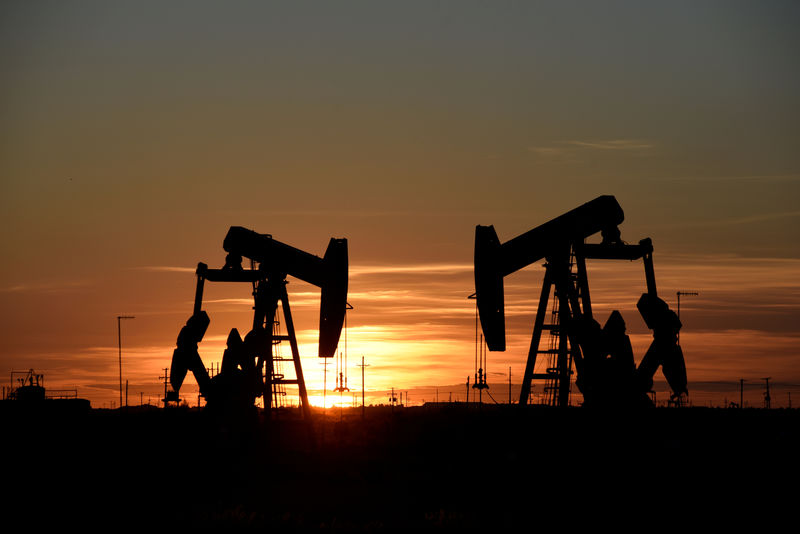 (Reuters) - Oil prices will remain subdued in 2020 as growth concerns weigh on demand and fuel a glut of crude, a Reuters poll showed on Friday ahead of production-policy talks among OPEC and its allies next week.

The poll of 42 economists and analysts forecast Brent (LCOc1) to average $62.50 a barrel next year, little changed from last month's $62.38 outlook, which was the lowest prediction for 2020 in about two years.

The benchmark has averaged about $64 per barrel so far this year.

"There is simply too much oil in the market," LBBW analyst Frank Schallenberger said.

The Organization of the Petroleum Exporting Countries and its allies face stiffening competition in 2020, the International Energy Agency said this month, predicting non-OPEC supply growth to surge next year.

OPEC's own outlook reflected a surplus of around 70,000 barrels per day (bpd) next year, building a case for the group to maintain supply curbs when it meets on Dec. 5-6 in Vienna.

Analysts pegged demand growth at 0.8-1.4 million bpd (mbpd) next year. While most respondents said OPEC and its allies were likely to maintain output cuts, they did not anticipate deeper curbs.

"We expect Russia to go pay lip service to Saudi's decision, but to continue producing above quota."

Since January, OPEC and its allies have been cutting output by 1.2 mbpd, and had agreed to do so until March 2020.

U.S. crude inventories are now about 3% above the five-year average for this time of year, the Energy Information Administration said on Wednesday.

Brent prices have been pressured by concerns about slowing global growth, exacerbated by the U.S.-China trade conflict. Prices are down about 12% from a roughly four-month peak hit in September.

"U.S. shale growth will slow in 2020 and with expectations that OPEC+ will continue with their production cuts, prices should be fairly supported in the first half of the year," said Edward Moya, senior market analyst at OANDA.