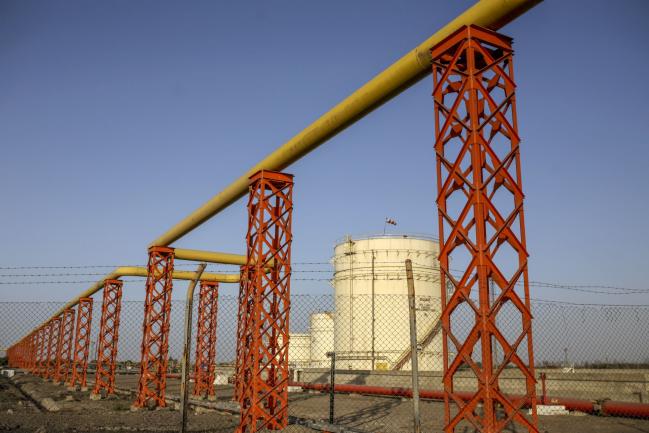 (Bloomberg) -- Oil headed for its steepest weekly loss in almost two months amid signals OPEC and allied crude producers are averse to deepening output cuts when they convene next week.

Futures dropped as much as 3% in New York on Friday, bringing the weekly decline to the worst since early October. Saudi Arabia probably will indicate it’s no longer willing to compensate for excessive production by other members of the cartel, according to people familiar with the kingdom’s thinking.

Meanwhile, Russia’s oil minister said it’d be better to postpone any new supply caps until April, the Tass news agency reported. In the U.S., futures-trading volume was suppressed on the day after the Thanksgiving holiday, increasing the potential for dramatic price moves.

“The OPEC accord with Russia could be fraying a bit,” said John Kilduff, a partner at Again Capital. “It undercuts and undermines everyone’s perception of the commitment.”

OPEC and allies including Russia are expected to extend the current supply pact, rather than make deeper reductions, when they meet in Vienna late next week, a Bloomberg survey showed.

Despite Friday’s slump, New York-traded futures were on track for the biggest monthly advance since June amid optimism the the U.S. and China are closing in on a trade accord. As for OPEC, a special committee that analyzes market data before ministerial meetings didn’t consider steeper cuts, according to delegates who asked not to be named.

West Texas Intermediate for January delivery slipped $1.56 to $56.55 a barrel at 10:04 a.m. on the New York Mercantile Exchange. There was no settlement Thursday due to the U.S. holiday and all transactions will be booked Friday.

Brent for January settlement, which expires Friday, dropped $1.10 to $62.77 on the London-based ICE (NYSE:ICE) Futures Europe Exchange. The global benchmark crude traded at a $6.22 premium to WTI.

Saudi Arabia has largely turned a blind eye to cheaters within the OPEC+ alliance, making additional reductions to its own output to offset excesses by the likes of Iraq and Russia. Ministers from the Organization of Petroleum Exporting Countries and its partners will meet in Vienna on Dec. 5 to 6 to decide on policy going forward.