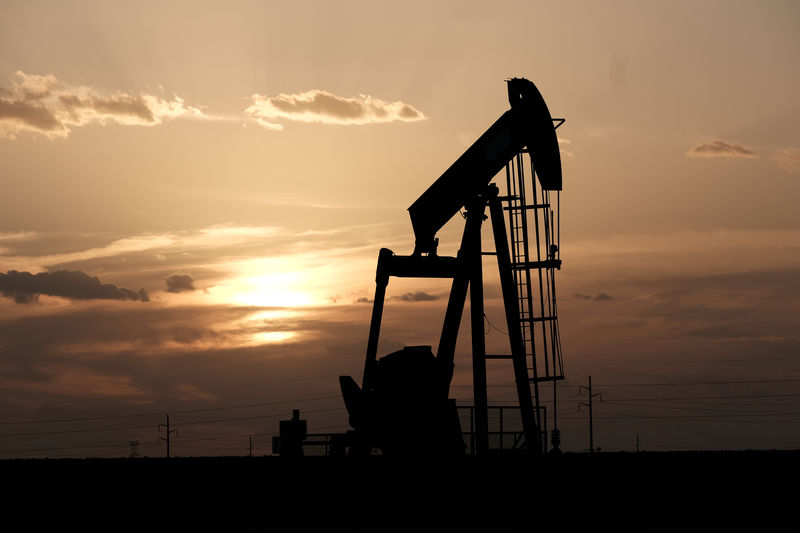 By Bozorgmehr Sharafedin and Koustav Samanta

LONDON/SINGAPORE (Reuters) - Oil prices edged lower on Thursday as fresh tensions between the United States and China over protests in Hong Kong fueled concern that a deal to end a trade war between the world's top two economies may be further delayed.

Both benchmarks had risen strongly on Wednesday due to bullish data on U.S. crude inventories.

U.S. President Donald Trump is expected to sign two bills passed by Congress intended to support protesters in Hong Kong. That followed a Reuters report that completion of a "phase one" U.S.-China trade deal could slide into next year.

The potential delay could mean the U.S. administration will implement new tariffs on imports from China, escalating the tensions, experts say.

"Under this scenario, both equities and oil are expected to come under pressure. As talks hit a snag, an upside breakout from the current trading range all of a sudden has become less imminent," Tamas Varga of oil brokerage PVM said.

However, in an attempt to allay fears, the Chinese commerce ministry said that China would strive to reach a "phase one" trade agreement with the United States.

The Wall Street Journal also reported on Thursday, citing unnamed sources, that China had invited top U.S. trade negotiators for a new round of talks in Beijing.

On Wednesday, data from the U.S. government's Energy Information Administration showed U.S. crude stocks had risen by a less-than-expected 1.4 million barrels in the week to Nov. 15.

OPEC and its allies are likely to extend oil output cuts until mid-2020 when they meet next month, with non-OPEC producer Russia supporting Saudi Arabia's push for stable oil prices amid the listing of state oil giant Aramco.

OPEC sources told Reuters that formally announcing deeper cuts looked unlikely for now although a message about better compliance with existing curbs could be sent to the market.

Russian President Vladimir Putin said on Wednesday Russia and OPEC had "a common goal" of keeping the oil market balanced and predictable, and Moscow would continue cooperation under a global deal cutting oil supply.