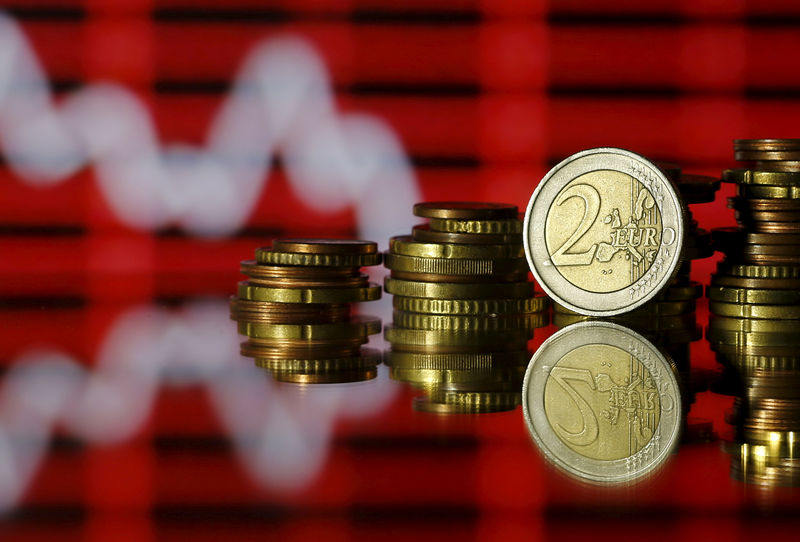 © Reuters. Never in the History of the Euro Has Volatility Been This Low

(Bloomberg) -- It has never been this calm in the euro-dollar options market and it’s starting to look like a structural shift toward persistent low volatility.

There were record lows for one- and three-month volatility in the common currency Wednesday, following similar moves in longer tenors at previous sessions. While the expected calm of Christmas holidays may explain the move over the one-month horizon, the trend runs further out and may be becoming the new norm.

The main risk ahead is arguably the U.K. December election, yet demand for protection against price swings created by a market-adverse outcome may be confined to pound crosses only, just as happened with Brexit talks. Globally, fatigue over trade-related headlines may keep ranges tight, even if current optimism over the progress in U.S.-China talks wanes. And data out of the euro area suggest the worst may be behind for the region’s economy.

Explanations vary as to why investors are refraining from taking advantage of record-low hedging costs. They include a range of soothing geopolitical and policy factors, including easing trade tensions, an outlook for steady monetary policy at the European Central Bank and the Federal Reserve as well as fading fears of a global recession. There is also the rising importance of China’s yuan to the global financial system.

Hedge funds that were betting against the move lower in euro volatility last week have lost heart, closing their positions following a speech by Fed Chairman Jerome Powell on Monday, according to a Europe-based trader who asked not to be identified because he is not authorized to speak publicly. Powell repeated his expectation that interest rates will remain on hold for now.

Risks will return, and with them will come volatility in the major currencies. But as investors look ahead, many of the most likely flashpoints are further out. That includes the U.S. elections in November next year, the December 2020 deadline for the U.K. to strike a trade deal with the European Union. It will also take time for any complete trade deal between U.S. and China to emerge.

In the meantime, the smart money seems to expect a prolonged period of calm.