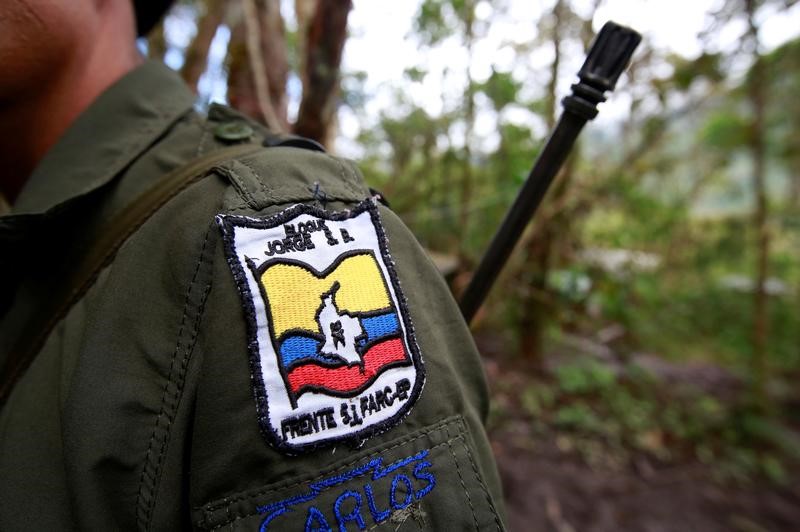 (Bloomberg) -- Colombia is bracing for its largest protests in years Thursday with labor unions, students and indigenous groups leading a nationwide strike aimed at the deeply unpopular President Ivan Duque.

Investors have been burned by mass unrest in Chile, Ecuador and Bolivia in recent weeks and are pricing in a risk that Colombia may also see more political instability.

Organizers initially called the strike to raise pressure on Duque as his government plans to reform pension and labor laws. But it has morphed into a broad-based rejection of his administration, with groups from air traffic controllers to yoga teachers pledging to join in.

“I’m following it pretty closely. The government has something to be nervous about,” said Oren Barack, managing director of fixed income at AGP Alliance Global Partners in New York, which holds Colombia sovereign and corporate debt. “There’s a lot of tension in Latin America right now.”

Groups taking part are protesting a range of issues including education funding, corruption and unsolved murders of social leaders. The government said it will seal the borders and allow local authorities to take measures such as imposing curfews to control violence.

“We’re tired of policies that don’t serve the people,” said Iliana Bermudez, 34, a member of a Movimiento Social E24, a group helping organize the strike. “This government doesn’t listen.”

In response to the planned strike, the 43-year-old Duque has defended his record and offered “to listen to all communities through a permanent dialogue.” His office has also gone on the offensive, describing many of the strike organizers’ grievances as myths, and releasing videos juxtaposing images of violent protests with those of people happily working, urging Colombians to “construct, not destroy.”

Sovereign bonds of Ecuador, Chile and Bolivia have all sold off since violent clashes began.

The cost of insuring Colombia’s sovereign bonds against default with credit default swaps -- a gauge of perceived risk -- has risen the most in the Americas this week.

“Because they were blindsided by what happened in Chile, they’re even more concerned by what could happen in Colombia,” said Sergio Guzman, director of Colombia Risk Analysis, a Bogota-based consultancy.

Discontent has been quietly simmering in the country, but hasn’t boiled over into mass street violence like that seen in neighboring countries. Colombia last saw large-scale demonstrations in 2013 during an agriculture strike in which vast swaths of the country were paralyzed by highway blockades, and buildings in downtown Bogota were vandalized by masked demonstrators.

Thursday’s marches are expected to be mostly peaceful, but may create negative headlines that will weigh on assets this week, said Dirk Willer, head of emerging-market fixed-income strategy at Citigroup Inc (NYSE:C).

The protests may also succeed in pressuring the government into delaying and watering down its pension reform plans, he said.

The marches could further weaken Duque’s already flimsy support. His approval rating fell this month to 26%, its lowest level since he took office last year. A lack of a majority in Congress complicates his plans to push through a tax reform this year and pension and labor bills next year. And a scandal over a bombing raid on a guerrilla camp that killed several minors forced his defense minister to quit this month.

“Duque’s flaws have contributed to a growing level of discontent,” said Claudia Navas, an analyst at Control Risks in Bogota. “It’s uncertain where the president is taking the country.”