IMF will continue working with Ecuador to advance economic program 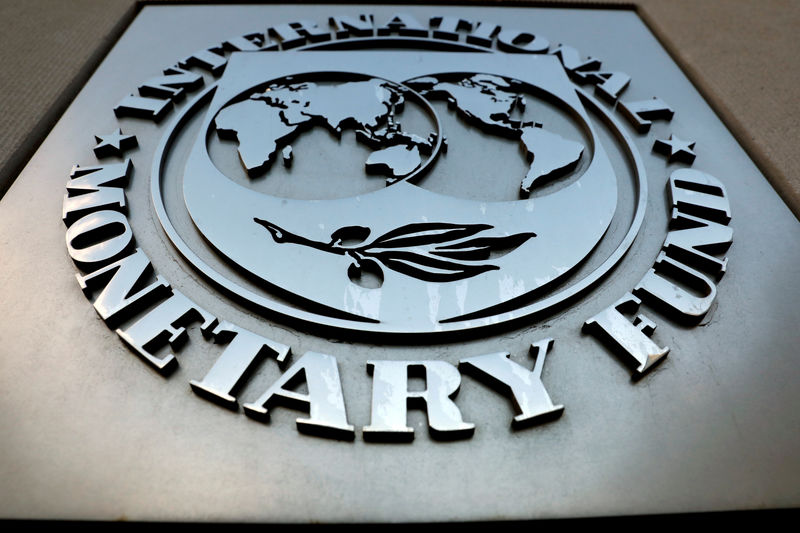 © Reuters. FILE PHOTO: The IMF logo is seen outside the headquarters building in Washington

(Reuters) - The International Monetary Fund said on Tuesday that it will continue working with Ecuador to advance economic reforms after the oil-producing country's National Assembly rejected a bill proposed by President Lenin Moreno to address a large fiscal deficit.

Ecuador reached an agreement with the IMF in February for a $4.2 billion loan along with a three-year economic program, which paves the way for the country to access another $6 billion from other multilateral institutions.

Moreno has failed to implement several points of the economic program amid opposition from social organizations, business associations and political parties.

"IMF staff remains closely committed to the authorities and will continue to work with the Ecuadorian government as it advances the economic reforms that it proposes," said spokesperson Gerry Rice on the agency's Twitter account.

Moreno introduced a measure ending fuel subsidies designed to cut the fiscal gap - estimated at about $ 3.6 billion this year - but reversed it after protests paralyzed Ecuador in early October.

Over the weekend the National Assembly rejected a package of tax and monetary reforms Moreno had proposed that aimed to raise more than 700 million dollars next year.

Moreno has said he will send a new tax reform proposal today that reflects the idea that "those who have more, pay more" and will include some "good ideas" from the bill that was rejected by lawmakers.

Economy and Finance Minister Richard Martínez assured local media that the IMF agreement still stands but that "a new balance must be found" because of the rejected bill.

"It is positive to know this agreement remains, that there is will to support the national government and that in the coming weeks we can present a new face of that agreement," he said without giving further details.

The agency has made two payments totaling $900 million since the agreement was reached, according to the Ministry of Economy.

In the October protests, the indigenous movement and unions called for the IMF to leave the country.