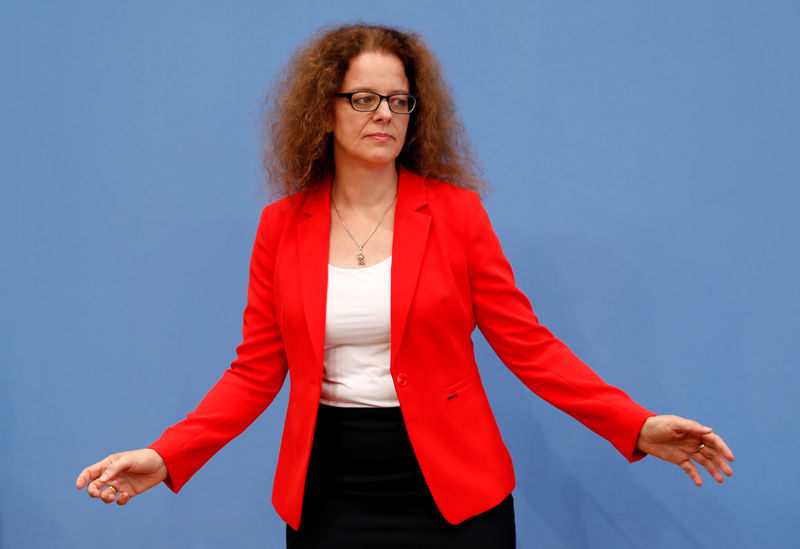 FRANKFURT (Reuters) - Germany's next European Central Bank board member called on her German peers on Wednesday to tone down criticism of the bank that she said threatened the single currency.

"Dear fellow German economists, if you are wondering what you can do for Europe: Please help to dispel the harmful & wrong narratives about the @ecb's monetary policy, floating around in political and media circles," Isabel Schnabel said on Twitter.

"These threaten the euro more than many other things," said Schnabel, who sits on the Council of Economic Experts that advises the German government.

She added that well-founded criticism and warnings were necessary and needed to be addressed but pointed to the harmful impact of growing anti-ECB sentiment.

Schnabel's appointment to the ECB has yet to be confirmed but she is the only candidate to fill the vacancy and her selection is seen in political circles as a done deal, with only formalities left to be completed.

The "Count Draghila" caricature appeared shortly after the ECB launched an indefinite bond purchase scheme to cut borrowing costs further, a move that -- unusually -- was opposed by a third of the rate-setting Governing Council.

Policymakers have since been openly at odds in public over the direction the ECB might take.