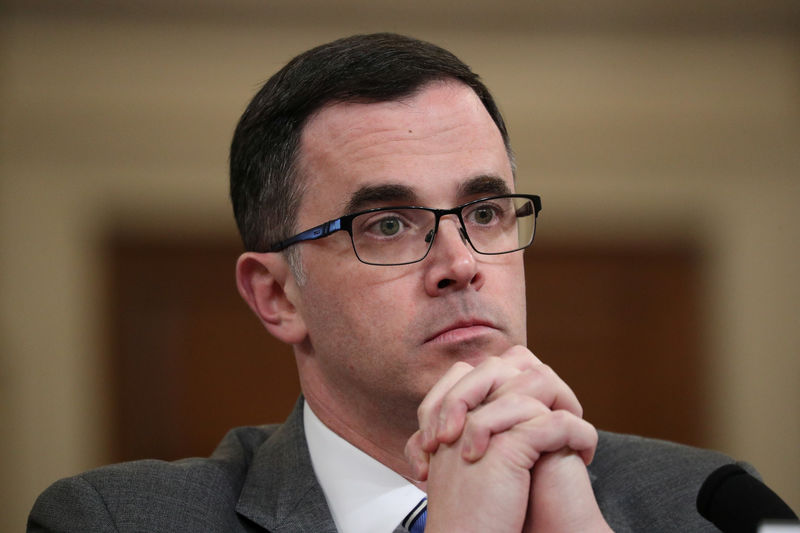 WASHINGTON (Reuters) - Former senior White House aide Timothy Morrison said on Tuesday he resigned from the National Security Council of his own volition and felt no pressure to resign, and he did not fear retaliation for his testimony in the Democratic-led U.S. House of Representatives impeachment inquiry.

In his opening statement at a public hearing, Morrison also said he did not know the identity of a whistleblower whose report helped start the inquiry.

He added the United States must continue to support Ukraine, with support from both Republicans and Democrats.