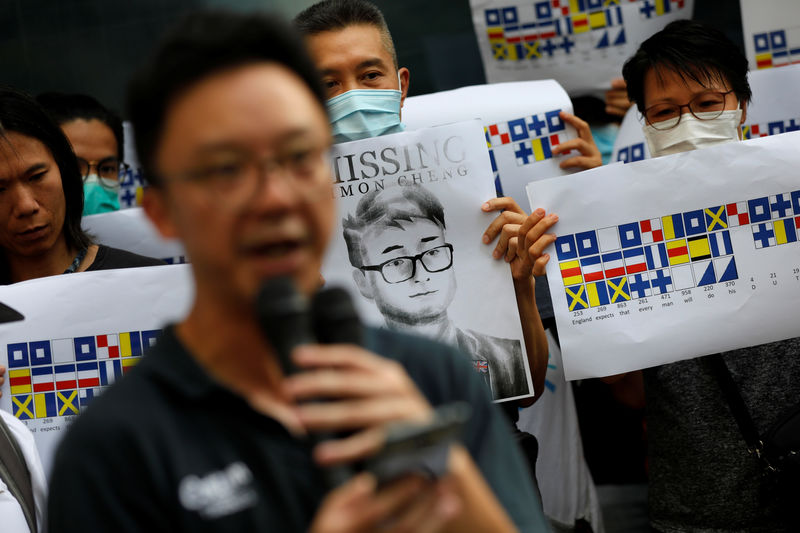 LONDON (Reuters) - A former employee of Britain’s Hong Kong consulate said Chinese secret police beat him, deprived him of sleep and chained him as they pressed him for information about activists leading the pro-democracy protests, the Wall Street Journal reported.

Simon Cheng, a Hong Kong citizen who worked for the British mission’s business-development team when he was detained told the Journal that he was questioned repeatedly about the role his interrogators presumed Britain was playing in fomenting the unrest.

Raab told the Journal he had summoned the Chinese ambassador "to express our outrage," adding: "I have made clear we expect the Chinese authorities to investigate and hold those responsible to account."