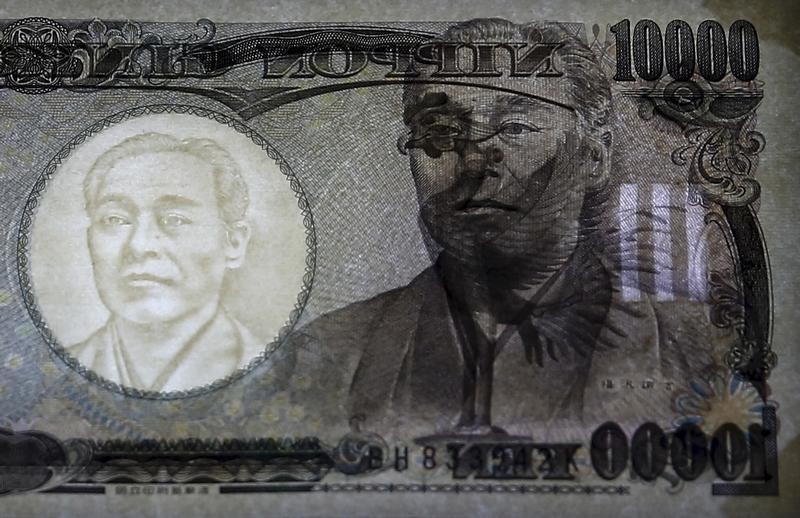 Investing.com - Prices of the safe-haven rose, while the U.S. dollar stayed near flat on Thursday in Asia amid worries of rising Sino-U.S. tensions.

In response to the U.S. move, China's foreign ministry said it resolutely opposed the law and threatened to take firm counter-measures, calling any attempts to interfere in Hong Kong are “doomed to fail.”

Meanwhile, data showed Japan’s retail sales plunged 14.4% in October from a month earlier, which was more than the expected 10.4% decline.

"The yen is being bought because of the news about Trump signing the Hong Kong bill," said Yukio Ishizuki, foreign exchange strategist at Daiwa Securities, in a Reuters report.

"Algorithmic trading could push the yen up further, but the dollar's losses will be limited because we've had positive U.S. economic data, which has lifted sentiment."

The Commerce Department reported that gross domestic product increased at a 2.1% annualized rate, compared to 1.9% in the first reading. In a separate report, durable goods gained 0.6% after falling 1.4% in the prior month.