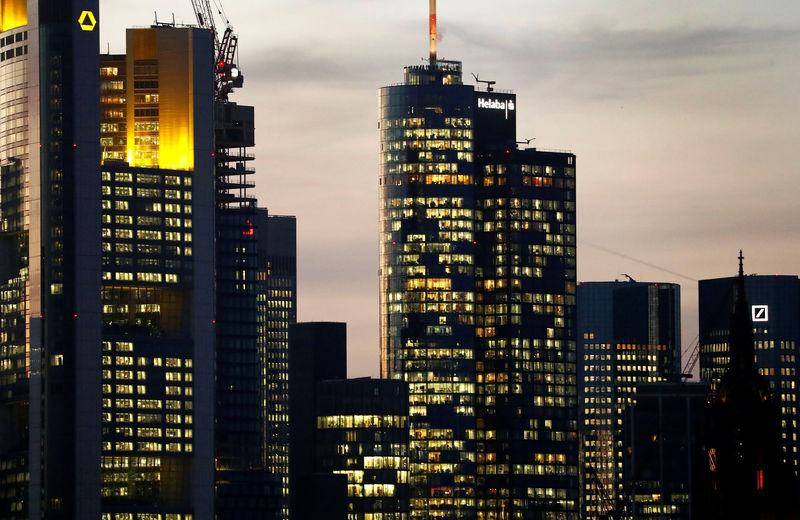 BRUSSELS (Reuters) - Euro zone economic sentiment rebounded more than expected in November thanks to more optimism in the key services sector and a better mood in industry ad among consumers, data from the European Commission showed on Thursday.

The Commission's monthly survey showed economic sentiment in the 19 countries sharing the euro rose to 101.3 points this month from 100.8 in October, beating Reuters consensus estimates of a rise to 101.0.

Sentiment in the services sector, which is responsible for some two thirds of euro zone gross domestic product, rose to 9.3 from 9.0 in October while the mood in industry improved to -9.2 this month from -9.5.

The Commission survey also showed that inflation expectations among consumers fell in November to 19.4 from 21.5 in October, away from the long-term average of 22.5.

The European Central Bank wants to keep inflation below, but close to 2 percent but price growth has been well below that target for years. Higher inflation expectations could lead to faster price growth in the future.

Selling price expectations in industry -- the precursor to faster inflation at factory gates -- fell in November to 0.7 from 1.1 in October, continuing a steady decline since the start of the year to well below the long-term average of 5.1.