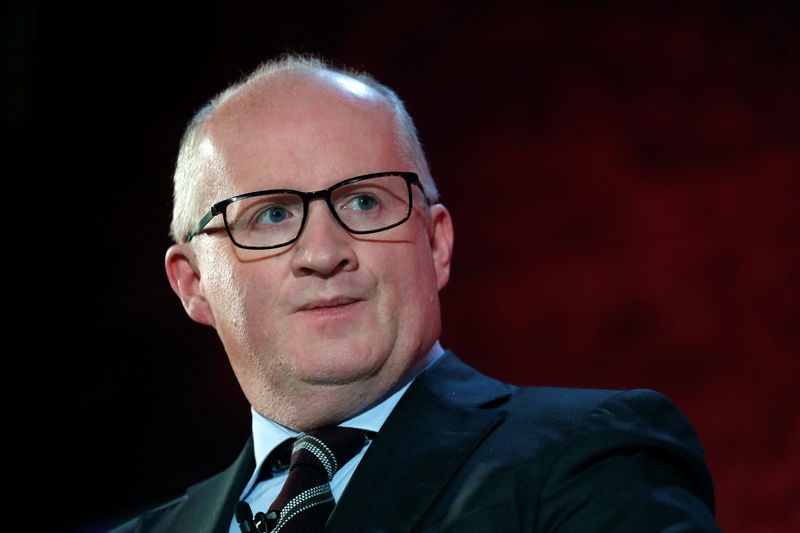 ROME (Reuters) - The economy of the euro zone will not fall into a recession although it is growing less than expected and there will be a recovery in the next year or two, the European Central Bank's chief economist Philip Lane said in an interview on Wednesday.

"The economy is growing less quickly than what we hoped. The dynamic is disappointing but not negative. We expect a recovery in the next year or two," Lane told Italian daily la Repubblica.

Lane said the current inflation rate of 1% in the euro area was "unsatisfactory".

He added that euro zone countries should take advantage of the current low interest rates to reduce their debt piles rather than "waste the additional resources for new expenses or cuts to taxes".