ECB Flags Risks to Financial Stability From Its Own Stimulus 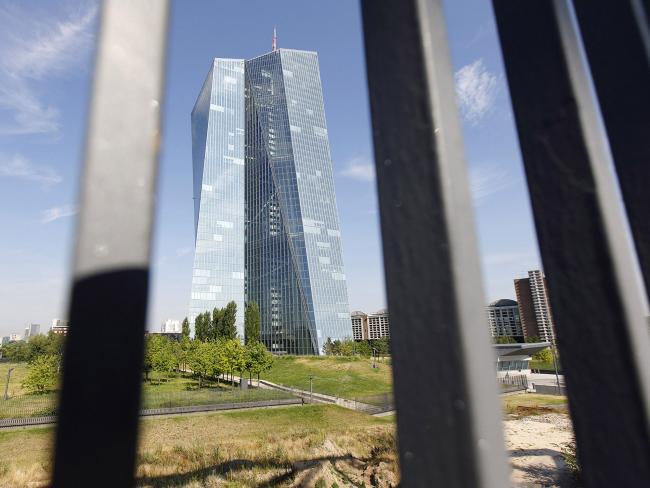 The European Central Bank warned of potential side effects from its loose monetary policy, highlighting how years of unprecedented stimulus designed to bolster the economy is contributing to an erosion of financial stability.

Low interest rates have encouraged excessive risk-taking by investment funds and insurers as well as in some real estate markets, the ECB said in its semi-annual Financial Stability Review released Wednesday. Signs of asset mispricing suggest potential for future corrections.

“While the low interest-rate environment supports the overall economy, we also note an increase in risk-taking which could, in the medium term, create financial-stability challenges,” Vice President Luis de Guindos said in a statement.

The Frankfurt-based institution identified four key areas of risk, none of which it described as pronounced.

The report goes to the heart of the challenge faced by the ECB, which has only just decided to double down on stimulus amid a weakening euro-area economy. The Governing Council cut rates deeper below zero in September and announced fresh asset purchases in one of its most controversial decisions yet.

The ECB cautioned that its new round of quantitative easing -- set to continue until inflation returns to the target of just-below 2% -- will further limit the amount of high-quality government bonds available to private investors and could in turn lead to collateral shortages in the euro-area repo market, hampering short-term lending between banks.

Since the previous exercise six months ago, the region’s outlook has deteriorated, with growth momentum expected to remain low for longer. The probability of an economic contraction by mid-2020 has risen to about 20%, in line with growing near-term recession risks suggested by market-based indicators, according to the report.

While the resilience of euro-area banks has improved in recent years, profitability remains a prominent concern, and prospects have weakened in the face of a more challenging environment, according to the ECB.

With rates negative and yield curves flat, banks’ net interest margins are likely to remain under pressure. Banks may also find it difficult to pass sub-zero rates onto retail clients -- households’ current-account deposits make for around 40% of total customer holdings -- which could add to the squeeze.

“Overall, the prospect of weaker economic growth and lower interest rates is likely to weigh further on profitability expectations for euro-area banks in the period ahead,” the review noted.

The impact of ECB stimulus is having an impact beyond the banking sector. Over 70% of bonds held by insurers and pension funds now yield less than 1%, and non-bank investments in debt with negative yield have more than doubled since December.

“In this respect, insurers’ tendency to search for yield in more risky and less liquid securities out of their preferred habitat warrants close monitoring,” according to the ECB.

The review noted that the simultaneous rally in risky and safe asset prices over the year “points to the distinct role of monetary policy in recent financial-market developments.”

“Even so, the likelihood of a disorderly unwinding of risk premia in the near term is reduced as interest rates are expected to remain lower for longer, but this risk remains material in the longer term.”

As an antidote, the ECB is encouraging authorities in euro-area member states to make more active use of macro-prudential tools, such as encouraging banks to build up capital buffers to mitigate some of the risks.

“Progress has been made in understanding how the financial system may be vulnerable to the physical risk of climate change and to risks from a slow response to the need for a transition to an economy with lower carbon emissions,” the ECB said. But policy makers still face significant gaps in available data, risk management and stress-testing frameworks.