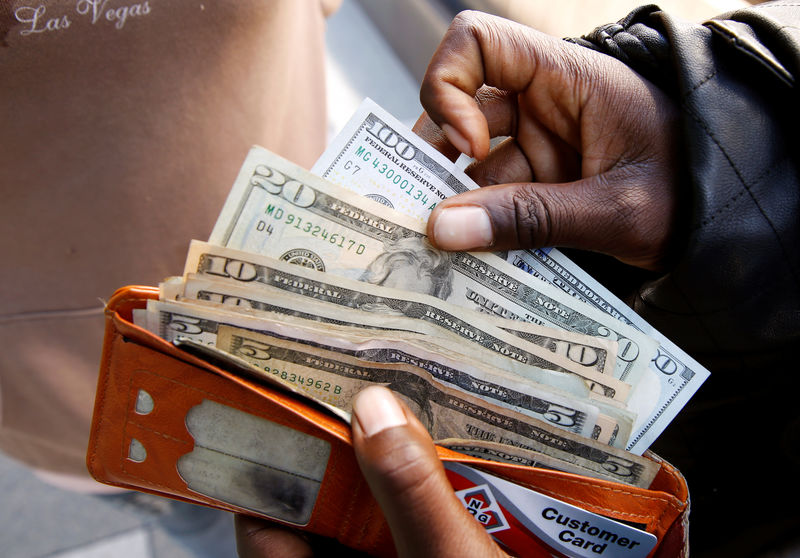 LONDON (Reuters) - The dollar stabilized against a broad basket of other currencies on Tuesday after three consecutive days of losses as investors waited for the release of the minutes of the U.S. central bank meeting at end-October when policymakers had cut interest rates.

Global macro hedge funds had ramped up their dollar selling for a third week according to latest weekly positioning data and some market watchers say hawkish policy minutes could trigger a dollar rebound.

The greenback has hit a trough since late last week as hopes for a preliminary trade deal between the United States and China evaporated.

Expectations had grown that Washington and Beijing would sign a so-called "phase one" deal this month to scale back their 16-month-long trade war but those hopes received a setback on Monday after CNBC reported China is pessimistic about agreeing to a deal, which suggests a resolution to perhaps the biggest risk to the global economy remains elusive.

"Trade headlines is dominating sentiment but in terms of the key event risk, the release of the Fed minutes will be a big one for market participants," said Morten Lund, a senior FX strategist at Nordea.

Australia's central bank "agreed a case could be made" for another cut in the 0.75% cash rate at its November meeting given unwelcome weakness in wages growth and inflation, minutes published on Tuesday showed.

Sterling held firm around $1.2950 with the pound buoyed by polls pointing to a victory by the ruling Conservatives in upcoming elections.