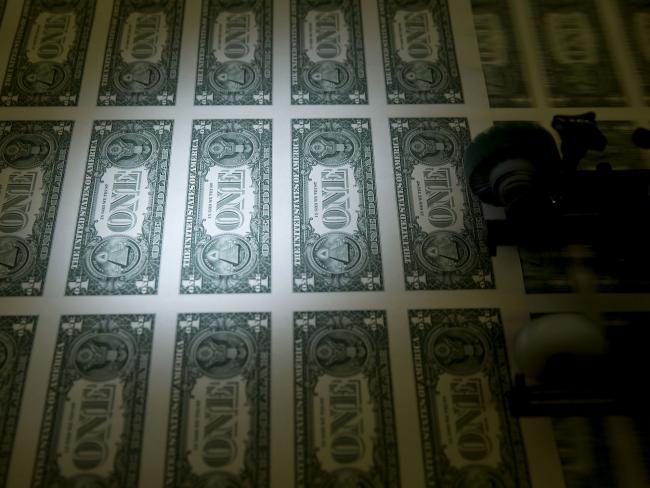 (Bloomberg) -- It doesn’t look good for the dollar. Morgan Stanley (NYSE:MS) sees a glut looming, while Standard Chartered (LON:STAN) Plc says the growing U.S. monetary base will undercut the greenback.

There’s a rising tide of supply as the Federal Reserve pumps dollars into bank-funding markets in the wake of September’s upheaval. That has the potential to dent the yield advantage that U.S. markets offer just as a change of management at the European Central Bank could draw a line under monetary easing in the euro’s home region.

“So far, the Fed’s liquidity-add has been absorbed by commercial banks’ year-end-related liquidity demand,” say Morgan Stanley strategists including Hans Redeker. “Once the year-end turn has passed, dollar scarcity may turn into a dollar glut.”

That, coupled with stronger global growth outside of the U.S. and dwindling portfolio inflows, makes a decline in the value of the dollar one of Morgan Stanley’s top trends to watch next year. While the world’s gross domestic product growth may slow to 3.1% this year, that’s around a percentage point higher than the U.S., according to estimates compiled by Bloomberg.

Research from Standard Chartered analysts including Steve Englander shows that since 2011, a rapidly growing U.S. monetary base has been a good indicator of euro strength.

Meanwhile, the uncertainty posed by a public impeachment inquiry into U.S. President Donald Trump’s actions involving Ukraine and the 2020 American elections could hurt the dollar’s appeal, which may dim relative to the euro. The White House’s criticism of the Fed’s monetary policy returned to the fore in Washington, when Trump said he “protested” to Chairman Jerome Powell about interest rates, which the president considers to be too high relative to other developed countries. The shared currency held steady at $1.1070 Tuesday, after Monday’s gain of 0.2% trimmed its 2019 decline to 3.5%.

Credit Agricole (PA:CAGR) SA says the worst may be over for the euro-dollar cross because the economic downturn in the euro area may have bottomed out. Morgan Stanley sees the euro rallying in the first quarter because of “narrowing U.S.-Europe growth differentials” and improving political factors, while Deutsche Bank (DE:DBKGn) AG’s euro-area data-surprise indicator turned positive for the first time in 20 months.

That makes euro-area purchasing managers’ indexes due Friday all the more important. A confirmation that the region’s economies aren’t as pressured as previously feared could boost the common currency.

The caveat that most analysts point to is potential progress in trade talks between the U.S. and China. If there’s no deal, and more tariffs are imposed, then the dollar could win out and risks to global economic growth may ramp up.

Questions over possible fiscal stimulus from Germany and uncertainty over the ECB’s path are also wild cards for the euro. Growth that continues to muddle along risks keeping calls for a fiscal boost in check and ECB accommodation in limbo, sapping support for the currency.

“With the ECB racked by internal disagreement on monetary policy as the Christine Lagarde era commences, policy in the euro zone is as stalled and unclear as ever,” according to John Velis, a foreign exchange and macro strategist at Bank of New York Mellon (NYSE:BK) Corp.