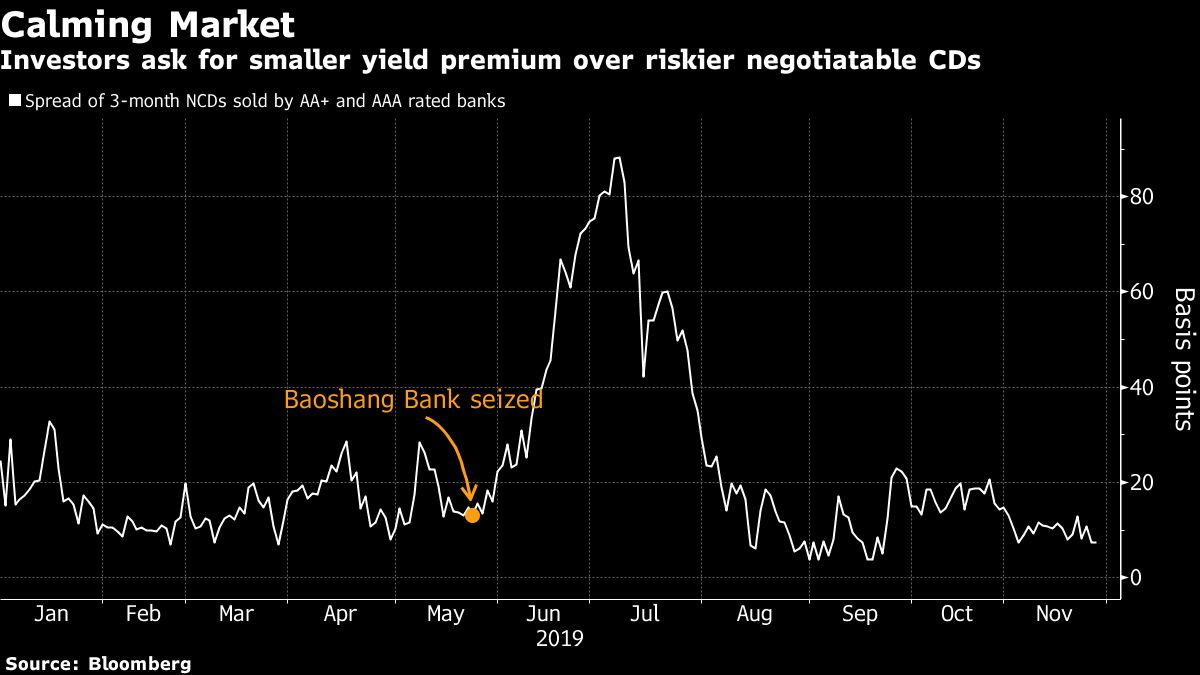 (Bloomberg) -- From rural bank runs to surging consumer indebtedness and an unprecedented bond restructuring, mounting signs of financial stress in China are putting the nation’s policy makers to the test.

Xi Jinping’s government faces an increasingly difficult balancing act as it tries to support the world’s second-largest economy without encouraging moral hazard and reckless spending. While authorities have so far been reluctant to rescue troubled borrowers and ramp up stimulus, the costs of maintaining that stance are rising as defaults increase and China’s slowdown deepens.

Policy makers are attempting to do the “minimum necessary to keep the economy on the rails,” Andrew Tilton, chief Asia-Pacific economist at Goldman Sachs Group Inc (NYSE:GS)., said in a Bloomberg TV interview.

Among China’s most vexing challenges is the deteriorating health of smaller lenders and regional state-owned companies, whose financial linkages risk triggering a downward spiral without support from Beijing. A landmark debt recast proposed this week by Tewoo Group, a state-owned commodities trader, has raised concerns about more financial turbulence in its home city of Tianjin.

Similar concerns have popped up across the country in recent months, often centered around smaller banks. Confidence in these institutions has waned since May, when regulators seized control of a lender in Inner Mongolia and imposed losses on some creditors. Authorities have since intervened to quell at least two bank runs and orchestrated bailouts for two other lenders.

In its annual Financial Stability Report released this week, China’s central bank described 586 of the country’s almost 4,400 lenders as “high risk,” slightly more than last year. It also highlighted the dangers associated with rising consumer leverage, saying household debt as a percentage of disposable income jumped to 99.9% in 2018 from 93.4% a year earlier.

The PBOC and other regulators have long warned about the risks of excessive corporate debt, which climbed to a record 165% of gross domestic product in 2018, according to Bloomberg Economics.

For now, investors appear to be betting that policy makers can manage the country’s financial risks and keep the economy afloat.

The government’s sale of $6 billion in sovereign dollar debt this week was oversubscribed, while volatility in the Chinese stock market has dropped to the lowest level since early 2018, in part due to optimism over the prospects for a trade deal with the U.S. Yield spreads on the short-term debt of lower-rated Chinese banks relative to AAA peers have narrowed in recent months, a sign that smaller lenders are finding it easier to secure funding.

The central bank and other regulators have said they are forcing troubled banks to increase capital, cut bad loans, limit dividends and replace management. They have also floated a sweeping package of measures that would encourage mergers among smaller institutions and enlist local governments to support them.

On Thursday, China’s Financial Stability and Development Committee, chaired by Vice Premier Liu He, called for more ways to beef up capital strength at smaller banks and set up a long-term mechanism to prevent and resolve risks. Earlier this week, China’s top securities regulator said more efforts should be made in protecting shareholders, especially retail investors, while actively guarding against liquidity and credit risks in the capital markets.

In one sign that authorities may be growing more concerned about downside risks to the economy, China’s finance ministry said on Wednesday that it had ordered local governments to speed up the issuance of debt earmarked for infrastructure projects.

The move put a fresh spotlight on the policy dilemma facing China’s leaders: While such support measures may help bolster economic and financial stability in the short term, the risk is that they leads to even bigger debt problems down the line.

Authorities have been trying “to bring discipline into the market, but every time that happens, the consequences become frightening so they back away,” said Michael Pettis, a finance professor at Peking University. “The longer you take to solve it, the more distorted the market becomes and the more painful the resolution becomes.”