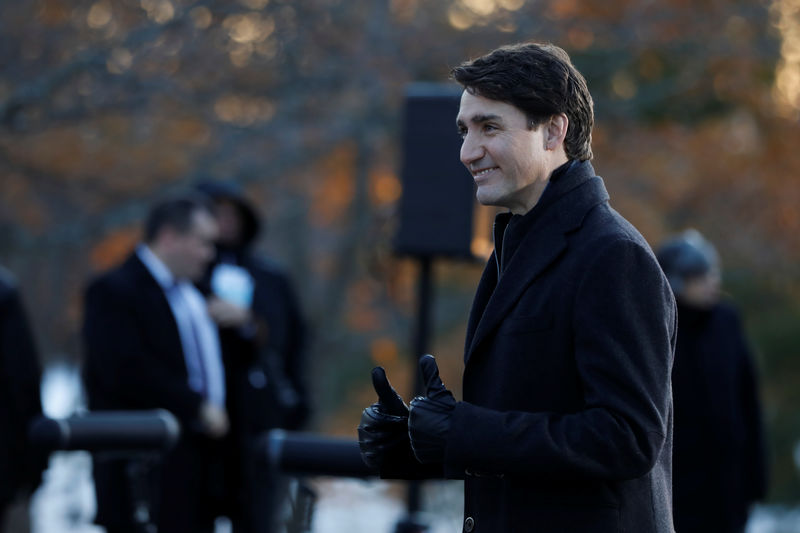 OTTAWA (Reuters) - Canadian Prime Minister Justin Trudeau on Friday said a little more work needed to be done on a new continental trade deal which has run into opposition from some U.S. Democrats over labor and environmental provisions.

Officials are trying to agree on a series of tweaks to the U.S.-Mexico-Canada Agreement (USMCA) to overcome concerns that provisions aimed at ensuring Mexico lives up to commitments on labor reforms are not strong enough.

"There is still a little more work to do," Trudeau said ahead of a meeting with Mexican Deputy Foreign Minister Jesus Seade. "Canada is extremely supportive of Mexico's steps towards labor reforms."

Seade, the Mexican official in charge of USMCA negotiations, was due to hold talks on Friday with Canadian Deputy Prime Minister Chrystia Freeland.

Seade said on Wednesday that adjustments could be made to how labor disputes are handled to help push through USMCA ratification. But earlier in the week he said Mexico would not accept what he called intrusive U.S. demands for greater labor market oversight.

Mexico is the only one of the three nations to ratify the deal, which was signed almost exactly a year ago. Canada says it will move in tandem with the United States.