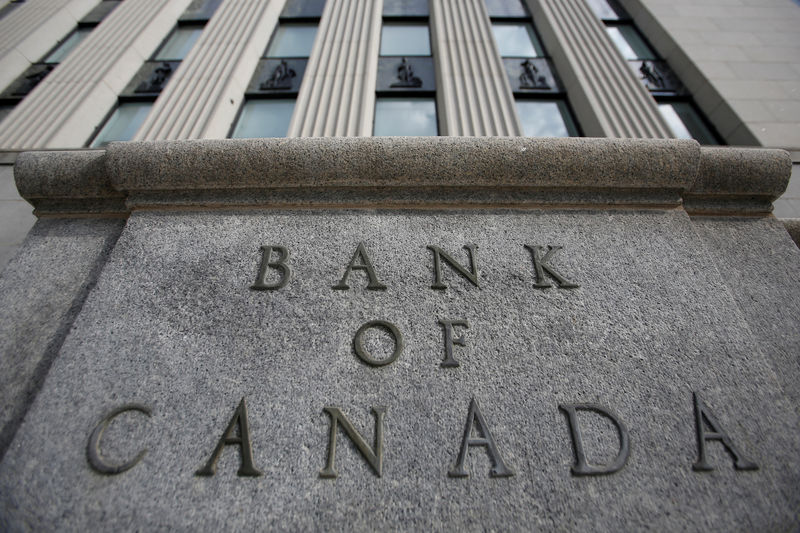 Ottawa (Reuters) - Canada's financial system is in a relatively good place to weather any potential storms generated by a weakening global economy and the U.S.-China trade war, a top Bank of Canada official said on Tuesday.

Senior Deputy Governor Carolyn Wilkins said the central bank is not forecasting a recession at home or world-wide, but reiterated the global economy is facing immense challenges that could spill over into Canada.

"In the unlikely event of a storm, Canada's financial system is resilient and we are in a good position to deal with whatever comes our way," Wilkins told a business audience in Montreal, adding even if the trade war doesn't worsen, the dispute could cost around $1 trillion in lost economic output by 2021.

Last month the Bank of Canada - which has sat firmly on the sidelines for more than a year even as several of its counterparts, including the U.S. Federal Reserve, have eased - held its key overnight interest rate at 1.75% as expected, but left the door open to a possible cut over the coming months.

Recent efforts to stabilize domestic household debt, cool the housing market and strengthen the country's banking system have been worthwhile, she said, but added Canada should remain cautious.

"This is not the time to let our guard down," she said. "Robust defenses are especially important when difficulties could affect us at home."

Wilkins' speech comes after the Bank of Canada's November Financial System Survey showed on Monday that the overall perception of risk has increased over the past six months, continuing the upward trend from previous surveys.

Respondents cited a deterioration in the global economic outlook, a cyber incident and geopolitical risk as key risks to the Canadian financial system. At the same time, confidence in the resilience of Canada's financial system remains high.