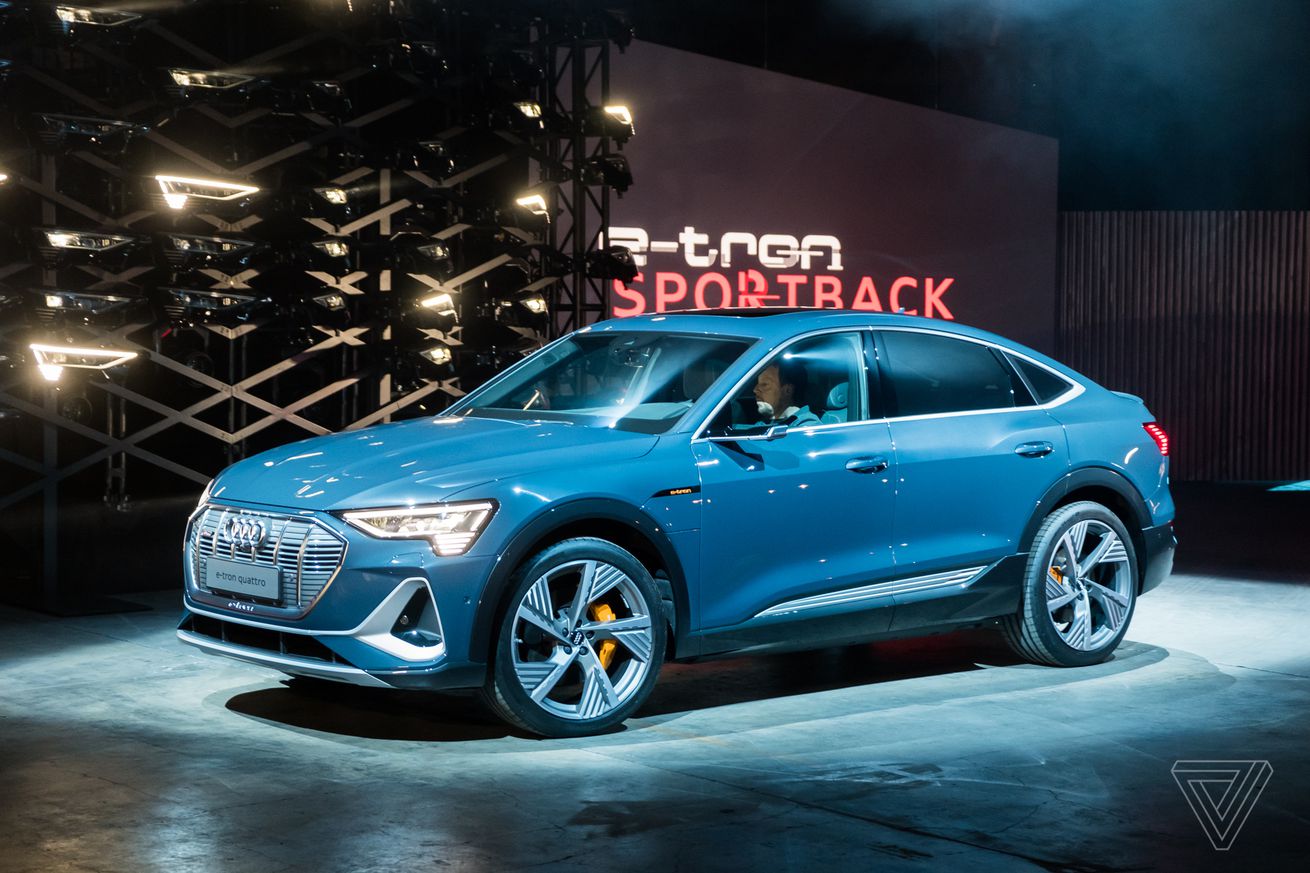 Photo by Sean O’Kane / The Verge

Audi just pulled the wraps off of the E-Tron Sportback, the company’s second electric car, at the 2019 LA Auto Show. Coming to Europe in the first half of 2020, the top-tier version of the new premium EV will offer up to 446 kilometers of range (277 miles) and is powered by dual electric motors with a total power output of 265kW, or around 350 horsepower. A slightly less powerful version of the Sportback with a smaller battery will start at €71,350 (around $79,000).

If some of those numbers sound familiar, it’s because the E-Tron Sportback will be built using the same electric drivetrain and battery as the E-Tron SUV Audi revealed last year. The company is simply now using the platform it developed for the original E-Tron to power a fastback-style sedan variant. Both E-Trons represent the first flagship vehicles of Audi’s forthcoming lineup of EVs, which is part of an even bigger push into the space by parent company Volkswagen.

Audi says the higher-spec version of its new electric car will come to the United States in the middle of 2020. When it does, the E-Tron Sportback will likely wind up with a far more conservative range figure, seeing as how the E-Tron SUV received a 204-mile estimate from the EPA. That said, Audi claims the sedan styling has resulted in a lower drag coefficient, and says it’s possible the vehicle will squeeze a few more miles out of the same 95kWh battery pack.

It’s a sedan version of the E-Tron SUV

The E-Tron Sportback’s interior also mimics that of the E-Tron SUV. There’s a 12.3-inch digital instrument cluster behind the steering wheel, a 12.1-inch main touchscreen in the dashboard, and another 8.6-inch touchscreen below that for text input and climate controls. (Audi’s infotainment system also allows for voice controls, and Amazon Alexa is built in as well.)

Audi originally teased the E-Tron Sportback in concept form back in 2017, but not much has changed since then. The biggest difference is Audi chose a more standard grille on the final production version of the E-Tron Sportback over the concept version’s gaping maw. Some of the styling of the bodywork has been toned down a bit, too, though the overall shape of the car looks very similar. The production version will even have virtual mirrors like the concept, at least in Europe. (Virtual mirrors aren’t currently allowed in the US, but regulators are considering changing that rule.) It will also feature Audi’s new LED matrix headlights, which the company says can dynamically illuminate the road with ultra precision.

The E-Tron SUV has been relatively well-received in the few short months that it’s been available, and so it’s not hard to imagine the Sportback version meeting a similar fate. That said, the E-Tron SUV’s initial rollout did not go according to plan. The release of Audi’s first EV was delayed for months due to battery supply issues — a disruption that also reportedly pushed back production of the Sportback. Once the E-Tron SUV did hit the market, Audi had to recall hundreds of vehicles due to a battery fire risk. The company says it has since resolved both issues.