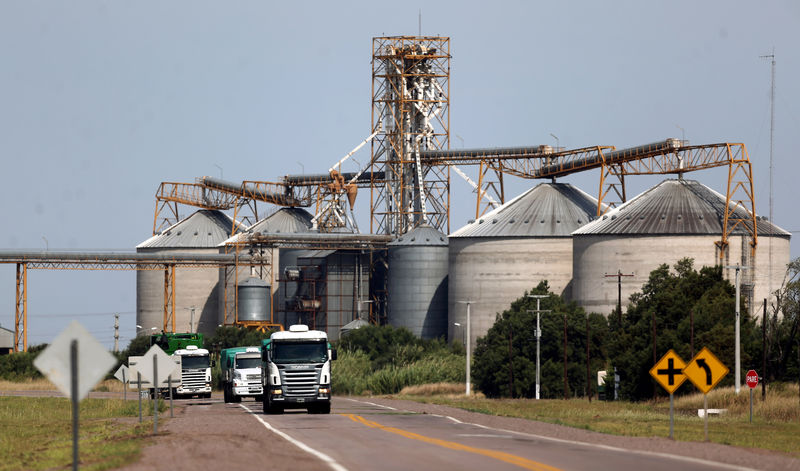 By Hugh Bronstein and Maximilian Heath

BUENOS AIRES (Reuters) - Argentine farmers and grains exporters are lobbying President-elect Alberto Fernandez to name a market-friendly technocrat to oversee the country's all-important farm sector as agriculture minister at a time of great uncertainty for the sector.

Gabriel Delgado, 44, agriculture secretary from 2013 to 2015 and now chief economist at the government's agriculture technology (INTA) institute, has emerged as the industry pick for heading the ministry under Fernandez, according to an informal survey of leaders in the sector.

"His is the only name we're hearing and he would be an excellent choice," said the head of one of Argentina's main grains industry chambers, who asked not to be identified due to the political sensitivity of the matter.

Fernandez has yet to confirm his pick to oversee either the economy or agricultural policy in the South American grains giant, a major exporter of soy, corn and wheat, that relies heavily on crop sales for much needed export dollars.

Amid the political uncertainty, growers are already hedging their bets by sowing less corn and more lower-cost soy ahead of center-left Peronist Fernandez entering office on Dec. 10, taking over from business-friendly incumbent Mauricio Macri.

A spokesman for Delgado declined to comment. Delgado, a grains farmer himself, is already part of the technical team advising Fernandez on farm issues and is a favored by exporters for his market-oriented policies.

"I think Delgado has a good chance to be minister or secretary of agriculture," said an industry official who recently spoke with the president elect, but who declined to be named due to the confidentiality of the conversation.

More than 20 industry organizations wrote a letter, seen by Reuters, to the President-elect this month requesting that the agriculture ministry not be demoted to the secretariat level, as it was briefly under Macri as a cost cutting measure.

The pick could be critical to Argentina's role in the global grains market as a tariff war between the United States and China redraws grain supply flows.

Growers have said they may cut back overall plantings if the next government's policies go against production.

Compounding their worries is Fernandez's running mate, Cristina Fernandez de Kirchner, a former president who feuded with the farm sector during her 2007-2015 administrations and will be sworn in as vice president next month.

Delgado, who served under Fernandez de Kirchner, has been looking to calm market fears. "It will be very important to have clear rules and to see the farm sector as an ally," he said in a recent interview with local grains news site Bichos de Campo.

Fernandez de Kirchner while president taxed soybean exports at 35% while taxing international corn and wheat shipments at 20%-23%. Those levies were dropped under Macri and currently stand at 25% for soybeans and just over 6% for corn and wheat.

The next agricultural minister will have to balance the need to keep exports high while raising enough tax revenue in the short term to hit fiscal targets agreed with the International Monetary Fund (IMF) and service a large pile of sovereign debt.

Macri had pledged to get rid of export taxes when he came to power in 2015. But he was hamstrung by fiscal commitments under a $57 billion IMF financing deal he signed last year.