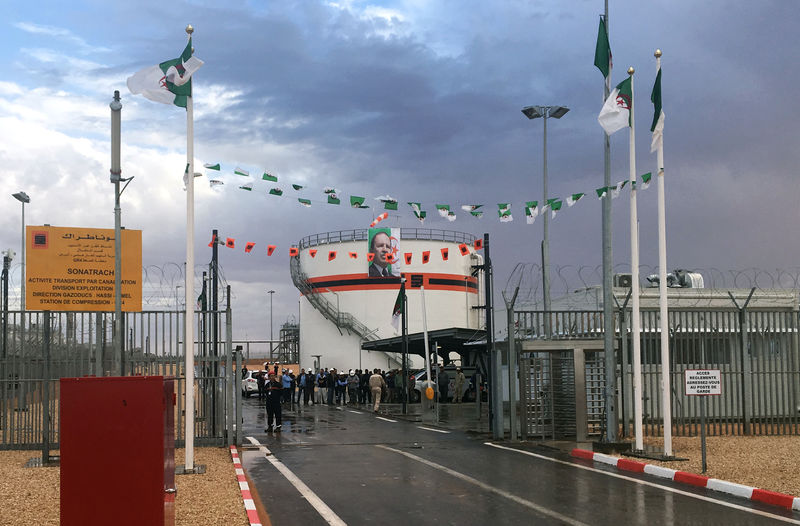 Parliament also agreed the 2020 budget, which also contains reforms to open other sectors of the economy to majority foreign ownership as Algeria grapples with shrinking state revenue.

The two pieces of legislation are aimed at countering falling energy revenue and come at a time of political upheaval in Algeria, where mass protests have shaken the ruling elite.

Huge demonstrations since February dislodged veteran president Abdelaziz Bouteflika in April and an election is scheduled for Dec. 12 to appoint a successor to interim president Abdelkader Bensalah.

The budget bill must be signed into law by the president, but it is not clear if Bensalah would wait until after the election. The energy law will come into effect once it is published in the Official Gazette.

That has had a negative impact on output in the OPEC member and gas exporting country, causing a sharp fall in overall energy export revenue which accounts for 60% of the state budget and 94% of total export earnings.

The government has repeatedly warned that energy sales abroad would fall further in the coming years due to higher domestic consumption which has been raising by 7% annually.

Protesters, who want to cancel the election until more in the ruling hierarchy have been pushed from power, oppose passage of any major legislation for now.

"This law will improve the attractiveness of our energy sector and boost exploration amid fierce competition on international markets," said lawmaker Ali Djarbaa from the National Liberation Front party.

As a result of falling energy earnings, the 2020 budget includes a 9.2% reduction in public spending but a deficit of 7.2% of gross domestic product.

However, politically sensitive subsidies are untouched at 8.4% of GDP.