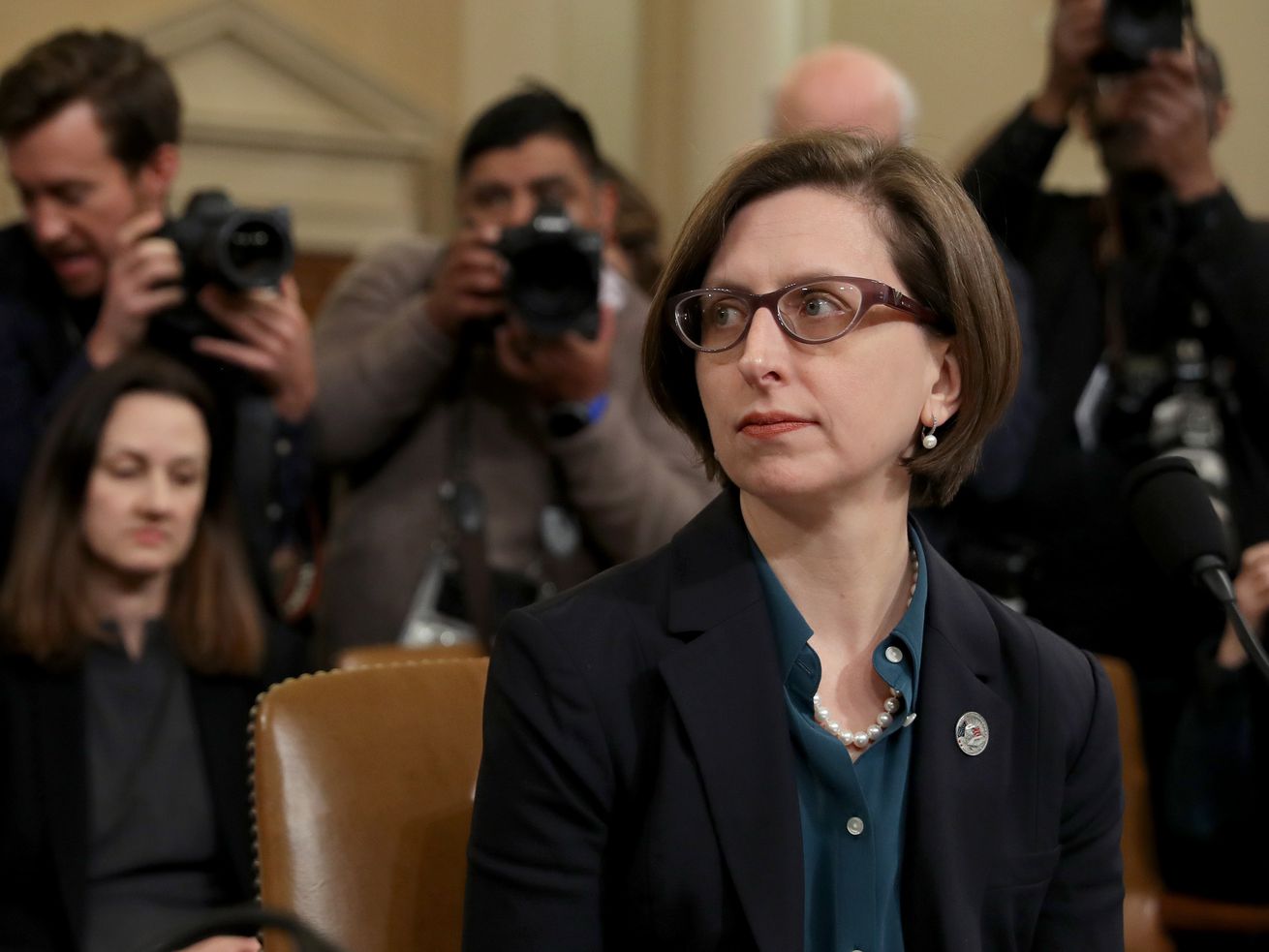 It looks like Ukrainian officials may have known about the freeze on military aid on July 25 — the same day as Trump’s troubling call with Ukraine’s president.

For months, Republicans argued there was no quid pro quo with Ukraine because the country wasn’t aware of the hold the Trump administration placed on roughly $400 million in military aid.

But during an impeachment hearing on Wednesday, a top Pentagon official suggested Ukraine may have known about the frozen funds on July 25 — the same day as the now-famous call between President Trump and Ukrainian President Volodymyr Zelensky.

Laura Cooper, the Defense Department’s deputy assistant secretary for Russia, Ukraine, and Eurasia and thus the top Pentagon official working on Ukraine, told the House Intelligence Committee on Wednesday evening about two emails her staff received from the State Department, both related to the withheld aid. Cooper had not been aware of those messages during her closed-door deposition last month, she said.

The first email was received on July 25 at 2:43 pm, roughly five hours after Trump and Zelensky spoke on the phone and briefly discussed the military support Ukraine sought. “That email said the Ukrainian embassy and House Foreign Affairs Committee are asking about security assistance,” Cooper told lawmakers.

She then described a second email received on July 25 at 4:25 pm, nearly two hours after the first message. “That email said that the Hill knows about the [aid] situation to an extent, and so does the Ukrainian embassy.”

She continued: “I do not have any additional information about precisely what the Ukrainians may have said, what may have been their source of information about a hold, or any possible issues about the flow of assistance, or what the State Department officials may have told them.”

But wait, there’s more. Also on July 25, a member of Cooper’s staff was contacted by someone at the Ukraine embassy “asking what was going on with Ukraine’s security assistance,” the Pentagon official detailed.

Put together, it’s entirely possible Ukraine was thoroughly aware of — and worried about — the Trump administration withholding the military aid. If so, one of the Republicans’ talking points was just severely undercut.

This new information changes our understanding of Ukraine’s actions

Last November, staunch Trump ally Rep. Jim Jordan (R-OH) told CBS’s “Face the Nation” there was no quid pro quo with Kyiv because “the Ukrainians didn’t know that their aid was held at the time of the call, and most importantly, they didn’t do anything.” That’s no longer as clear, as it looks like Ukrainian officials in Washington knew about the freeze and specifically asked their American counterparts about it.

If that’s the case, it completely changes the context of how we understand Ukraine’s interactions with the Trump administration. Knowing it needed the millions in support to fend off Russia’s invasion, Ukraine would have little choice but to bend to America’s will to get the money and a much-desired White House meeting. That would make Kyiv more susceptible to the president’s demands for investigations into Joe Biden, his son Hunter, and Democrats.

There is a generous read of all this: Ukrainians didn’t get much clarity about the aid’s status after the Trump-Zelensky call and so they followed up with their US counterparts to get more information. Ukraine’s outreach could be completely innocuous and routine.

Still, Cooper’s testimony, along with that of US Ambassador to the EU Gordon Sondland this morning who admitted there was a quid pro quo scheme, has led to a devastatingly effective day for Democrats. Some of Republicans’ strongest defenses are now severely weakened, making the forecast gloomier and gloomier for Trump.