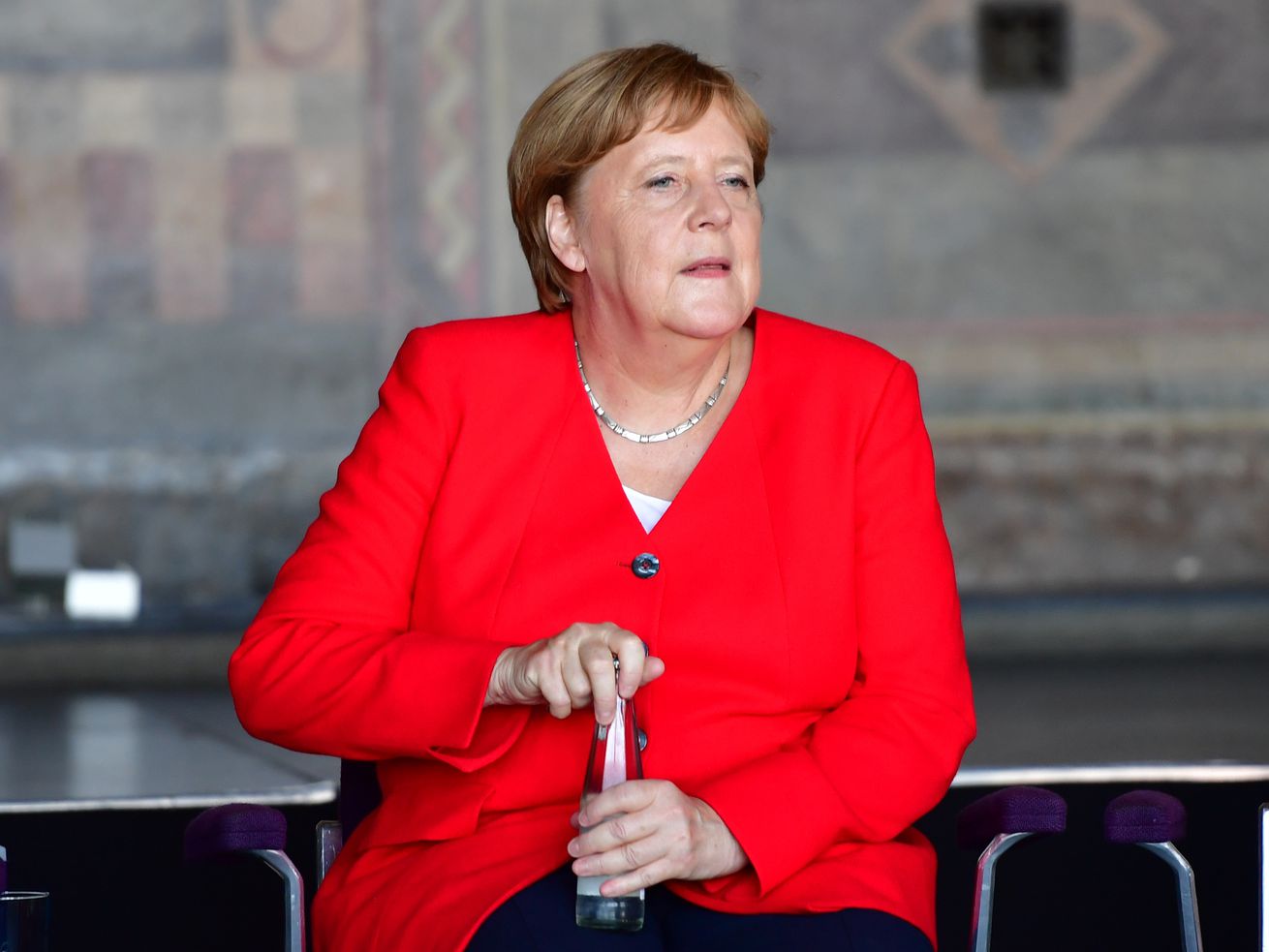 The “Iran did it” claim may not be bogus after all.

It’s becoming clearer that Iran was responsible for an attack on two oil tankers in a strategic Middle Eastern waterway last week. That conclusion, reached even by some of President Donald Trump’s political opponents, could put significant pressure on the administration to deter a similar strike from happening again — perhaps even with force.

On June 13, two vessels — one belonging to a company in Japan and the other to Norwegian firm — were disabled in the Gulf of Oman seemingly by limpet mines. The US immediately blamed Iran, and in the days since released video and pictures to prove it not only was behind the attack, but also that it tried to cover it up — charges Tehran denies.

Many are skeptical of what the Trump administration says about Iran, though, and there are legitimate reasons to be. Trump, National Security Adviser John Bolton, and Secretary of State Mike Pompeo have pursued a “maximum pressure” campaign against the country in a likely effort at regime change. And the US for months has said it has intelligence indicating Iran plans to attack Americans in the Middle East, even though Democrats and other officials familiar with that information say Trump’s team has inflated the threat.

On Sunday, House Intelligence Committee chair and fierce Trump critic Rep. Adam Schiff (D-CA) said on CBS News’ Face the Nation “[t]here’s no question that Iran is behind the attacks. I think the evidence is very strong and compelling.”

Two days later, German Chancellor Angela Merkel, who doesn’t get along with Trump at all, said there was “strong evidence” Iran committed the two strikes.

And as if to put a fine point on it, a US Navy explosives expert on Wednesday said the mines used to disable one the vessels bore “a striking resemblance” to similar ones used by Iran in the past. Iran is known for having multiple types of mines and even used them during a tanker war in the late 1980s.

Which means the instinct not to trust Trump officials on Iran may be overcome by the facts of this specific case. While it’s true there could be more evidence pointing the finger away from Iran in the coming days, that outcome seems less and less likely now.

Why Iran’s strategy to end US-led sanctions could fail

Why would Iran attack two oil tankers in the first place? The main reason, experts say, is that doing so is one of the few ways it can push back on the Trump-led “maximum pressure” campaign.

Iran may be a relatively powerful country in the Middle East, but its options for countering the US and its European allies are few. Its two best options are to cease compliance with the terms of the 2015 nuclear agreement — which could happen by next week — and to threaten to disrupt the global energy trade.

Both of those moves are extremely dicey, especially the second one. It would garner the fury of the United States and other nations dependent on energy traveling through the Strait of Hormuz, a crucial maritime passage aggressively patrolled by Iran through which a third of the world’s liquefied natural gas and almost 20 percent of the world’s oil production flows.

US-imposed sanctions have put a major dent in Iran’s economy, leading some Iranian officials to call their reimposition “economy terrorism.” So it stands to reason that Iran chose to push back against the Trump administration, especially since it has long chosen to be provocative by violent asymmetrical means in the region.

In May, four oil tankers were damaged near the Strait of Hormuz. Two of them belonged to Saudi Arabia and one belonged to the United Arab Emirates, both staunch enemies of Iran and friends to the US. (The fourth was owned by a Norwegian company.)

United Nations ambassadors from the UAE, Saudi Arabia, and Norway said two weeks ago that the damages came after a country used divers to place mines on the large ships. The diplomats didn’t specifically name Iran as the culprit, but the US had already blamed Tehran for the sabotage, a charge Iran denies.

Last week’s attack will do little to quell suspicions that Iran is purposefully targeting oil tankers in response to American pressure.

Middle East expert and Bloomberg opinion writer Bobby Ghosh wrote last Friday that Iran may be trying to “blackmail” America: “End the sanctions, or we take out some more tankers, and send oil prices surging.” Shutting down the Strait of Hormuz has always been Iran’s trump card. Using that play now, then, may compel the US to negotiate with Iran over how to end the crisis, talks Trump says he’s willing to have once Tehran is ready.

But Ghosh isn’t sure Iran’s gambit will work. “If you squint just enough, you can see that the Iranians are moving toward negotiations. It is a high-risk strategy, more likely to fail than succeed.”

There’s one good reason to suspect that: The blackmail approach assumes that the United States, led by Iran hawks such as Bolton and Pompeo, will back down from the challenge and agree to diplomacy.

If they don’t, then the prospects for the US and Iran to calm down months of tensions are slim to none.